Screw The Unwritten Rules, Witness The Most Disrespectful Bat Flip After A Home Run Ever 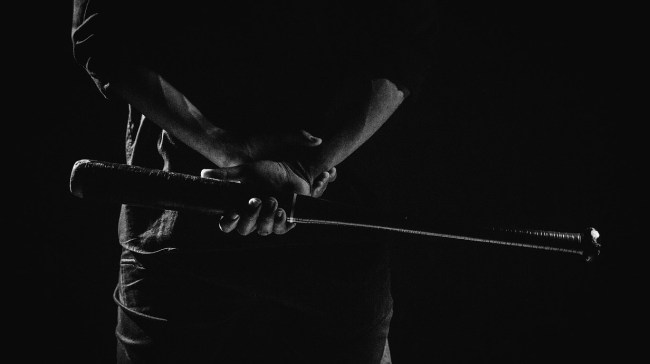 Welp. I stand corrected. Last October I said everyone can stop doing bat flips, because there will never be a bat flip as savage as the one executed by Lin Tzu-Chieh of Team Taiwan at the Asian Baseball Championship.

Because semi-pro baseball player Starlin Rodriguez of the Barrie Baycats of the Canadian Intercounty Baseball League hit a home run and stood there watching and waiting for the ball to go over the fence and then, because that wasn’t disrespectful enough, he executed an epic 25-foot high bat flip before taking his slow trot around the bases.

No joke. He stood at home and watched the ball go over the fence. This is how it looked.

Looks like he’s waiting for debris or an animal to be removed from the field or something so they can continue play.

Now check out the height on his insane bat flip.

That is a minimum of 25-feet in the air, right there.

The home run by Rodriguez took place in the Intercounty Baseball League Finals against the Kitchener Panthers, reports For The Win, and gave his team a lead it would not relinquish, so it was a big deal, but damn.

Not done there, Rodriguez also shoved the Panthers’ catcher as he trotted home, causing benches to clear and the pitcher getting ejected for throwing behind the next hitter.

Tempers flared after Starlin Rodriguez hit a two-run shot for @IBLBaycats, flips bat, shoves catcher Mike Gornder and gets tossed. Mike Schnurr throws behind next batter and gets ejected.

This is the controversial 2-run homer from Starlin Rodriguez in the 7th that broke a 3-3 tie, gave @IBLBaycats the lead for good in their series clinching game, and drew the ire of the Panthers. #IBLFinals #IBL100 #batflip pic.twitter.com/kWxuxO6Z7U

Well then you will definitely enjoy these bat flips performed in Major League Baseball, college, high school, in junior high, and even done by toddlers