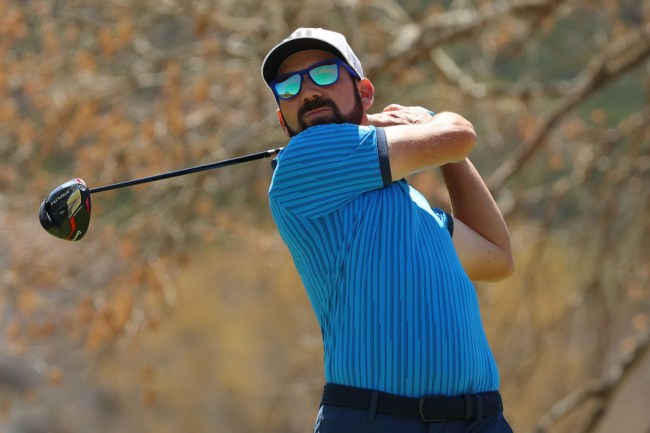 Sergio Garcia is heading to the Saudi-backed LIV Golf Invitational Series. He didn’t announce the news during a press conference or via a press release or anything like that, instead, he broke the news while arguing with a PGA Tour rules official and getting picked up on a hot mic.

After pulling his tee shot left into the tall stuff on No. 10, the Spaniard had to go hunting for his golf ball. He found it, but according to the rules official, Garcia took over the allotted three minutes to do so.

Garcia was not happy, to say the least, as he uttered the phrases “I can’t wait to leave this tour” and “just a couple more weeks until I don’t have to deal with you anymore.”

Sergio Garcia, frustrated with what he thought was the early start of the clock to look for a lost ball, seemingly telling a rules official…

…I cant wait to leave this tour

…cant wait to get outta here

…just a couple more weeks until I don’t have to deal with you any more pic.twitter.com/k1qRRYbmsF

Big Money To Be Made With LIV Golf

Garcia has been rumored as a player that could make the jump from the PGA Tour to breakaway LIV Golf Invitational Series. This outburst toward the rules official all but solidifies his plans for the future.

The 42-year-old Masters winner could be joining the likes of Lee Westwood and Phil Mickelson in LIV Golf’s season opener next month. Both Westwood and Mickelson have filed waivers with the PGA and DP World Tours to tee it up in LIV Golf’s first event just outside of London.

The biggest appeal for players to take part in the LIV Golf Invitational Series is the amount of money up for grabs.