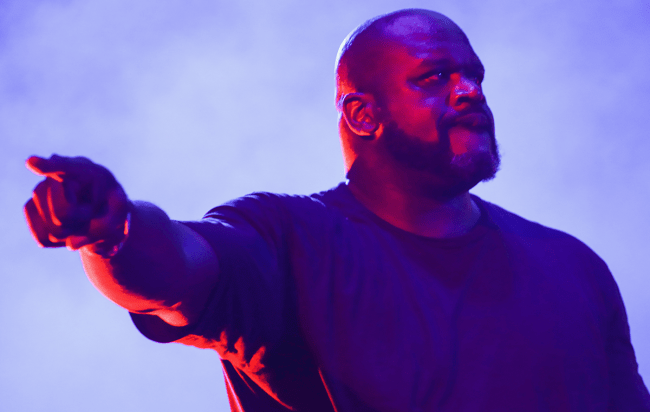 When you consider Shaquille O’Neal ended his NBA career with four championships, 15 appearances in the All-Star Game, an MVP award, and a platinum rap album, the Hall of Famer could’ve simply sat on his laurels for the rest of his life because he had A) nothing left to prove and B) more money then he’ll ever know what to do with.

However, Shaq wasn’t content with riding into the sunset and instead turned his attention to the television realm, where he’s raked in even more cash by helping an animated member of the armed forces sell car insurance as well as provide some insight as an analyst on Inside the NBA.

As far as I’m concerned, the quartet of O’Neal, Charles Barkley, Kenny Smith, and Ernie Johnson are easily the most entertaining team of commentators the sports world has to offer, which has more to do with their natural chemistry and hilarious banter than their knowledge of the game they’re paid to break down.

After all, we’re talking about a program that has a dedicated segment where Barkley routinely fails to name which team a particular player belongs to. However, Shaq has recently given Chuck a run for his money when it comes to broadcasting his ignorance to a national audience.

Over the past year or so, O’Neal has transformed into a Certified Hater based on his tendency to dwell on his past while discounting the impressive achievements of certain players, like he did when he downplayed the show Luka Doncic put on in the postseason last year.

Based on what he’s done in the past month, it appears Shaq’s New Year’s resolution is to do everything in his power to earn an invitation to the Playa Haters’ Ball, as he also posted a Photoshopped picture of him dunking on Rudy Gobert after the two-time Defensive Player of the Year landed a $205 contract.

Last week, the legendary center turned his attention to Donovan Mitchell during a very awkward postgame interview that resulted in high-profile players around the NBA coming to the defense of the Jazz guard.

Over the weekend, someone on Instagram decided to have a little fun when they turned the tables by posting a doctored picture of Mitchell putting O’Neal on a poster and it appears he was not amused, as the account followed it up with a screenshot of a DM they claim Shaq sent their way that read, “Shut yo dumb ass up.”

In the legendary words of the modern philosopher Cam’ron: You maaaaaad.