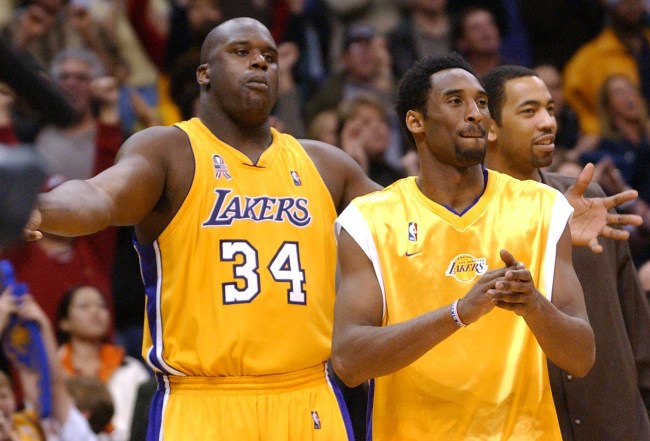 Kobe Bean Bryant is set to be enshrined into the Naismith Memorial Basketball Hall of Fame on August 29 in a class that is co-headlined by Kevin Garnett and Tim Duncan.

This day is two-plus decades in the making for one of the best players to ever live, but the man whose name is most closely attached to Kobe’s success cannot will himself to participate in it.

On “The Big Podcast with Shaq,” O’Neal explained why he will not be tuning into the induction, but also offered his take on how the NBA should honor the five-time NBA champion.

“I’m actually not going to watch the Hall of Fame ceremony. On the scale of sadness from 1 to 10, I’m finally at least at a 2 now… That would bring it back to a 7, 8, 9 and I can’t right now. So I don’t want to see old highlights that I’m already watching now.”

“It would be great if his wife gave a speech or his mom or dad give a speech but I’ll see that afterwards. You know what would be nice? If they had a hologram,” Shaq said. “A hologram of him sitting next everybody else.”

When Shaq was inducted into the Hall in 2016, Kobe reached out to his former teammate on Instagram, referring to O’Neal as “my big brother” and the “most dominant big of all time.”