Shaq Refuses To Comment On Ime Udoka, Adam Levine Because He Was A ‘Serial Cheater’; Talks About What It Cost Him 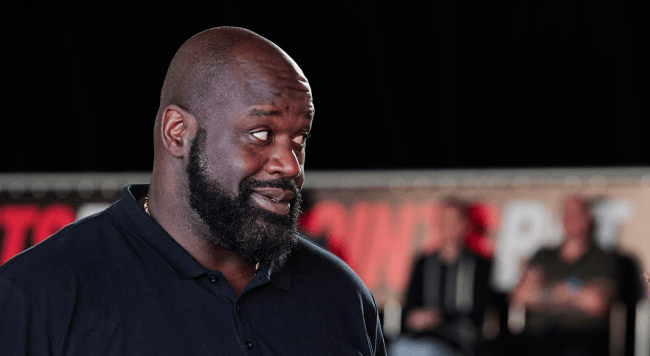 Two of the stories that have captured the public’s attention over the past two weeks involve famous people being accused of cheating on their partners.

Celtics head coach Ime Udoka allegedly had an affair with a staffer who helped his fiancee Nia Long move to Boston.

Shortly prior to that news breaking, Maroon 5 lead singer Adam Levine was accused of sending creepy messages to several women and allegedly sleeping around on his wife, former Victoria’s Secret model Behati Prinsloo.

The topic of these two men’s alleged infidelity has been a popular one on the internet, including many pop culture based podcasts.

One of those podcasts, however, will not be discussing Udoka or Levine’s troubles: The Big Podcast with Shaq.

“I’m going to step down from this conversation. Let me tell you why,” Shaq told his co-host Nischelle Turner.

“I was a serial cheater. It would be crazy and blasphemous for me to get up here and say ‘boom, boom, bam.’ I can’t do that, I know these guys personally, I know they’re going through a lot because I went through a lot. I just wish certain parties weren’t involved.

“When I lost those, I’m not going to use the d word [depression], because I know but a lot of people are suffering with that, but I was all the way down and sometimes I’m still all the way down. Especially when I was in my house in Orlando which is 70,000 square feet in there by myself. Nobody. Like I built the house for the kids, gym, game room, pool house, this and that, guest house and all that.

“When I lost that by being stupid it killed me. So to answer your question, no, it’s not worth it.

“I wish these two fellas the best. I wish they could come through it and I hope they do not lose their families over what was done.”