Sheriff Kicked Out Of Yankees Clubhouse When Trying To Score An Autograph From CC Sabathia After 3,000th Strikeout 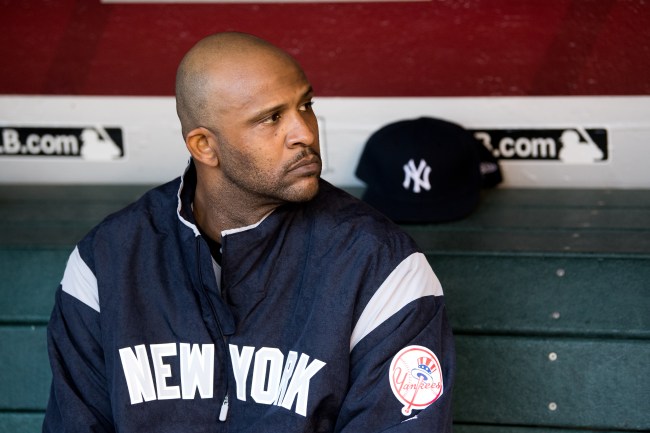 On Tuesday night, Yankees pitcher CC Sabathia became the 17th pitcher in history with 3,000 career strikeouts, and just the third leftie to reach the milestone. The 38-year-old is the first to join the 3,000 strikeout club since Hall of Famer John Smoltz did it in 2008.

The morning after the milestone, Sabathia sat at his locker before Wednesday’s game against the Arizona Diamondbacks to sign baseballs for clubhouse personnel. The pitcher was then approached by a uniformed sheriff deputy from a local K-9 unit who had arrived at the visiting clubhouse at Chase Field for a routine sweet.

NewJersey.com details what happened next.

“Big fan,” one of the sheriffs said before pulling out a new baseball and marker from a jacket pocket and asking Sabathia to sign it for his son.

Sabathia obliged even though it’s taboo for working clubhouse visitors to ask for autographs, then he was peppered with a few questions from the unprofessional sheriff.

A minute or so later, Yankees shortstop Gleyber Torres walked by Sabathia, and he, too, was stopped by the sheriff for an autograph.

That’s when Yankees official Mark Kafalas approached.“My boss told me I could get autographs if I was discreet,” the sheriff said.

The two sheriffs and their working K-9, a six-year-old German Shepherd, immediately were given a friendly but stern scolding and promptly escorted out of the clubhouse.

Everyone has their hands out wanting a piece of history. Sabathia reportedly changed his jersey after the first, third and fifth inning during Tuesday’s game, and the baseball Hall of Fame will get one of them as well as a game-used ball.

Hell, even Michael Jordan sent him a congratulations text.

Can’t blame the sheriffs for wanting to score an autograph for their “sons.”