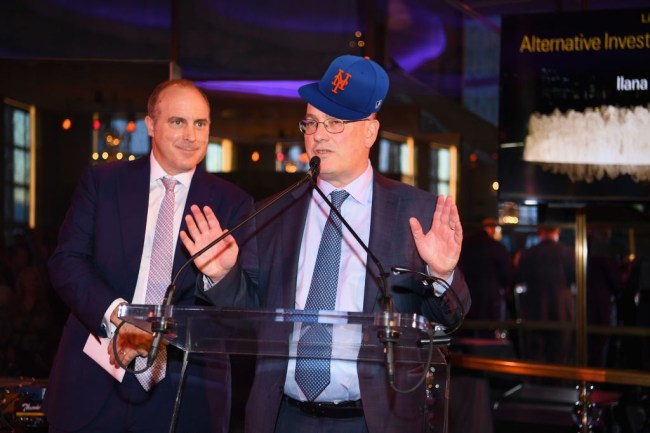 So, unless you’ve just returned to Earth from a years-long journey through the cosmos, then you’ve likely heard about what’s going on with GameStop’s stock. For those who find themselves in that category, first and foremost, welcome back! Is Earth how you remember it? I bet not. Uhhhh… our bad? Now, for a recap: essentially, a bunch of day traders on Reddit coalesced to screw some Wall Street hedge funds who were betting on the downfall of GameStop. For those who want to dive a little deeper, here’s a full explainer.

Naturally, because the life of a New York Mets fan is never-ending misery, the Metropolitans have, somehow, found themselves as a tangential part of this story, as new owner Steve Cohen runs one of the hedge funds, Point72, that’s entangled in this GameStop phenomenon. While Cohen has promised what’s happening with his hedge fund has nothing to do with the resources that will be allocated to the Mets, it’s still undeniably ironic that as soon as the Mets have a billionaire owner, he starts publically and quite hilariously bleeding money. Don’t worry, with a net worth of over 14 billion, we’re sure Cohen will be fine.

However, due to all of this recent GameStop madness, Cohen’s Twitter account — which he had been using to engage with Mets fans — has disappeared, as the multi-billionaire explained that while he has “really enjoyed the back and forth with Mets fans on Twitter”, there has been “misinformation unrelated to the Mets that led to our family getting personal threats,” which is just awful, no matter how much money you’re worth.

Obviously and unfortunately, not everyone immediately understood the severity of the situation, leading to SNY TV — the channel that broadcasts Mets games in the New York City area — tweeting a completely tasteless joke.

While SNY TV later tweeted an apology, the damage was already done, as screenshots had already proliferated through the internet. I’d love to talk to the social media manager who cooked this one up, whose thought process must’ve been something like: “Okay, so… how about we not only poke fun at a billionaire’s family for receiving death threats, but we make fun of the billionaire who owns the team whose games we broadcast? Eureka!”