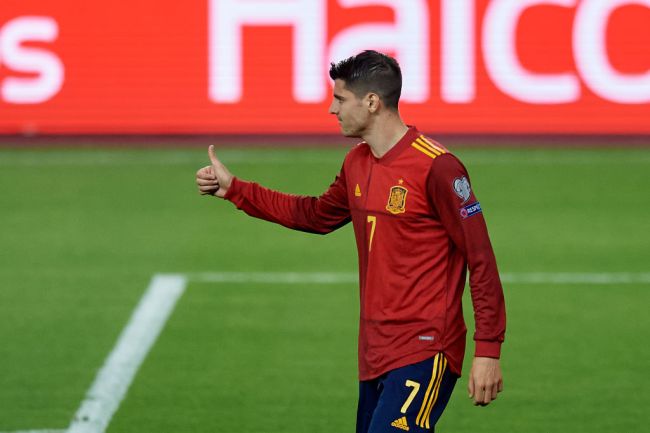 Spain had won three-straight European Championship trophies prior to Portugal’s victory in 2016. Well, La Furia Roja is looking to take their title back this summer and brought a secret weapon with them; a HOGO bed.

At least five Spanish stars use this particular style bed, including Marcos Llorente, Koke, Aymeric Laporte, Alvaro Morata and Eric Garcia. HOGO clams that it is the only bed on the market that ‘naturally reduces biological age’ and ‘improves your immune system by reducing oxidative, hormonal and inflammatory damage in just two months. It also helps improve recovery time for athletes.

The ‘Hogo’ brand of bed claims to reduce your biological age by reducing stress and inflammation while sleeping 😴#LLL
🧡🇪🇸⚽️ pic.twitter.com/LvimU0AlFk

The technology behind the anti-aging process is designed to shield your body from radiation and has been studied in depth. Whether it works or not, Spanish footballers believe in its efforts. Thus, even if it’s just a placebo effect, it’s worth it.

Spain will face Poland, Slovakia and Sweden in Group E of the 2020 (played in 2021) Euros this summer. It is unknown as to whether the three group stage opponents use HOGO beds, but if not, they could be the key to returning to the top. The country fell to Italy 2-0 with 16 teams left in 2016 and players were not sleeping on HOGO beds.

With a lot on the line, these athletes are looking for any advantage to stay at peak physical performance. The HOGO beds cost around $44,000, which may seem like a fortune. However, $45k is nothing to the top Spanish soccer stars, especially if it truly keeps them at the top of their game.

Per HOGO, the bed ‘increases both the speed and the quality of connective tissue recovery. It also ‘shortens recovery times from injuries and decreases the probability of injury.’

If Spain wins Euro 2020, attribute it directly to the beds.