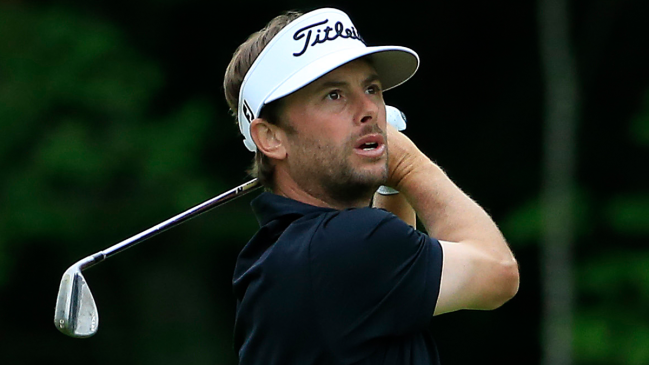 Will Zalatoris attracted plenty of attention for his play at The Masters in 2021, and the man who ultimately finished in second place at Augusta National that year also generated a fair amount of buzz for his somewhat uncanny resemblance to the caddy Happy Gilmore was initially assigned (and repeatedly manhandled) after turning pro.

The golfer was on the receiving end of a congratulatory message from none other than Adam Sandler when he secured his first victory on the PGA Tour over the summer, and you have to imagine there’s a very good chance another golfer who’s hoping to eventually do the same will get the same treatment thanks to a fairly interesting putting stance he’s recently harnessed that’s managed to garner some attention.

If you’re somehow not familiar with the plot of Happy Gilmore by now, then you should know the movie revolves around an aspiring hockey player who pivots to golf after discovering he has a drive to be reckoned with before learning about the pitfalls of one of the more frustrating aspects of the game: putting.

Gilmore’s putting stance is reminiscent of a hockey player’s grip while winding up for a shot—and the same can be said about Spencer Levin’s, who recently addressed the unique grip he’s adopted with the help of the split-grip HammY putter he added to his bag after digging it out of his dad’s garage.

Levin talked about his unorthodox choice while gearing up for the Shriners Children’s Open, saying:

“When a buddy of mine was grabbing it, another guy came up and he goes, ‘What’s up? Happy Gilmore.’

I just wasn’t putting very good. I was kind of fooling around with a split grip on a normal putter and then I remembered my old man had this putter in his garage where it was kind of designed the way I’m doing it…

The first day I used it I made 11 birdies with it, so ever since then I’ve been using it.”

It’s only crazy if it doesn’t work.