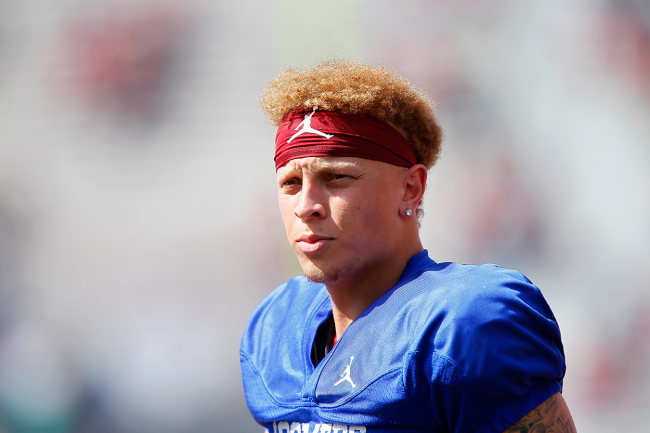 Spencer Rattler’s college career did not go as he had planned through his first three years. Now that the former five-star recruit is at South Carolina, he is hoping to get things back on track with an incredible year that sets him up for the NFL.

Although he has received a lot of criticism, it’s hard to scoff at his box score numbers. Now, in 2022, Rattler is hopeful that the statistical success will translate to wins on the field.

By all accounts, he is well on his way. Rattler has already put on a good bit of weight, his best throw during the Gamecocks’ spring game makes it hard not to buy the hype, and his teammates have made it very clear that he is not easy to defend.

Now that spring practice and the semester are over, Rattler has been working with his private coach Mike Giovando. The two have worked together since the 21-year-old quarterback was in middle school.

In a new video from his most recent workout session, Spencer Rattler’s arm was on full display.

Although throwing against air doesn’t really mean anything, he dropped an absolutely beautiful deep ball right into the outstretched arms of his receiver.

QB1 @SpencerRattler airing it out for everyone to see. pic.twitter.com/xjYT3TJGJj

In addition, although the video came from about six months ago, one of his sports performance coaches posted video from their workouts during the offseason on Tuesday. Rattler’s footwork looks precise, definitive and smooth.

That footwork, though! 👀@GamecockFB QB @SpencerRattler put in WORK with our Sports Performance coach @Wellefast over the winter. Can’t wait to see it pay off this fall. pic.twitter.com/Q19HNwFMlR

There is a long way to go before Rattler’s name returns to the Heisman Trophy conversation. However, he is putting in the work.

Here is how South Carolina’s schedule shapes up this fall:

Chalking up Georgia State, Charlotte, South Carolina State, Missouri and Vanderbilt as wins, the Gamecocks are only two wins away from bowl eligibility and three wins away from improving upon their record from last season. Will Rattler be the difference?