Here Are The Stadiums With The Grossest Concessions Stands, Per New Study 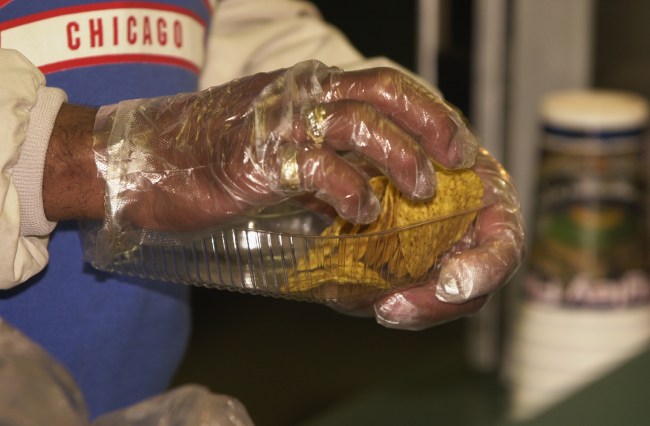 When you have to drain your 401k for a beer and a dog at a sporting event, the least you can expect is that what you’re consuming isn’t total dog shit. I guess we all just blindly put our trust in the service providers hired by the particular organization, but as we learned three months back when a Comerica Park employee spit on a pizza before spreading the sauce, these people may not have our bests interests in mind.

ESPN’s Outside the Lines set out to get some answers on stadium food sanitation. OTL examined more than 16,000 food-safety inspection reports from 2016 and 2017 that track the 111 professional football, hockey, basketball and baseball venues across North America.

OTL found that at over 28 percent of the venues half or more of the food service outlets incurred a high-level violation, meaning “one that poses a potential threat for foodborne illness.” These types of violations could include pests/bugs, poor condition of food, equipments failure or problem, temperature, an employee-related issue, etc.

Some venues were on extreme ends of the sanitary spectrum. Here are the three worst sanitary arenas still operating, compared to the three best.

Spectrum Center, home of the Charlotte Hornets, with 92 percent of food outlets reporting a high-level violation.

American Airlines Center, home of the Dallas Mavericks and Dallas Stars, with over 86 percent reporting a high-level violation.

Bank of America Stadium, home of the Carolina Panthers, with over 82 percent reporting a high-level violation.