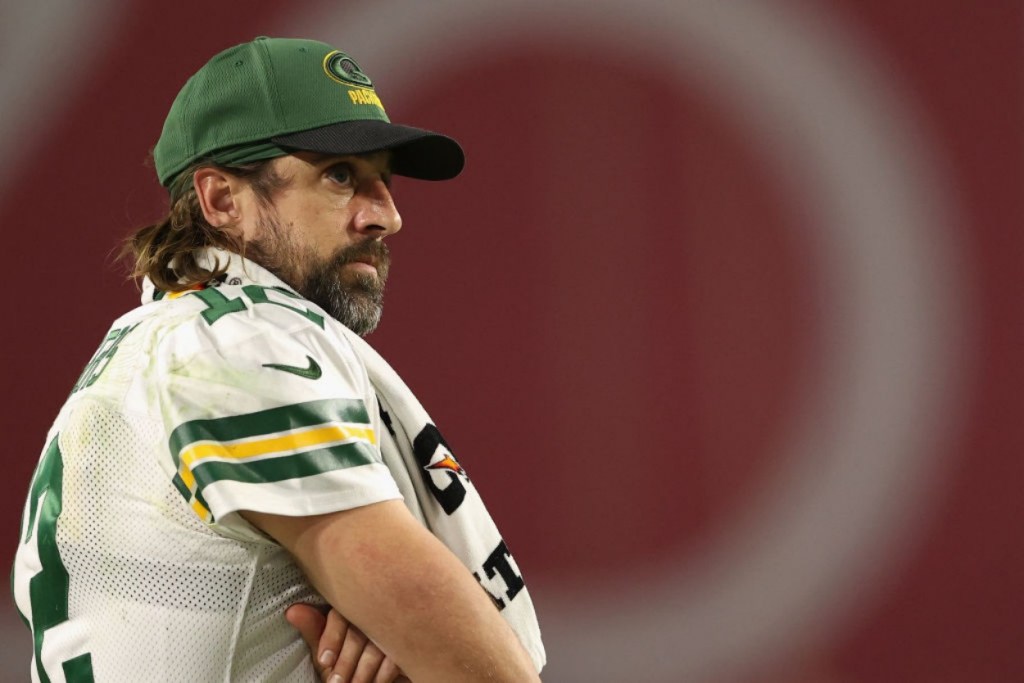 On Friday, the biggest story in the NFL world was Green Bay Packers quarterback Aaron Rodgers going on The Pat McAfee Show and explaining his current situation. The entire segment was surreal and if you haven’t watched it yet you can catch up on quotes and reactions from the NFL world here.

On Saturday, a day after the interview, healthcare company Prevea Health announced they were terminating their partnership with Aaron Rodgers. Meanwhile, people on social media were constantly tweeting at and tagging State Farm and asking what they were going to do.

State Farm hasn’t publicly indicated plans to terminate a partnership with Aaron Rodgers. It’s a tricky situation for them because any non-decision is a decision, and any choice they make will be met with cheers and opposition when they’d much rather have avoided being part of the discussion at all. But, data from Sunday suggests State Farm is hiding from Aaron Rodgers like the plague.

Previous Two Sundays: 25% of State Farm ads had Aaron Rodgers in it

Today: Only 1.5% of State Farm ads had Aaron Rodgers in it, according to tracking company @ApexMarketing.

Behind the scenes State Farm appears to be pulling back on the QBhttps://t.co/WC3gab2rYj

So out of 394 State Farm commercials that ran nationwide on Sunday, Aaron Rodgers only appeared in roughly 6 total. This could be interpreted as a temporary measure that State Farm is taking until the furor settles down, or it could signal a broader change to come.

Aaron Rodgers can return to the Green Bay Packers this Saturday at the absolute earliest, that’s if he passes all of the health protocols in place. Or he could be out for a longer stint.

Meanwhile, the tweets about Aaron Rodgers and State Farm just keep rolling in:

AARON RODGERS: I've been doing my own research and you don't actually need insurance if just put a life jacket in your glove compartment. It's a scam. pic.twitter.com/T8DYhQWANR

Realistically, I never expected State Farm to run commercials featuring Aaron Rodgers on Sunday. I’m semi-surprised he appeared in even six. The news about Aaron Rodgers was fresh. They talked about it on every pre-game show and in the days leading up to Sunday.

It will be interesting to see what decisions State Farm makes this week regarding commercials featuring Aaron Rodgers.