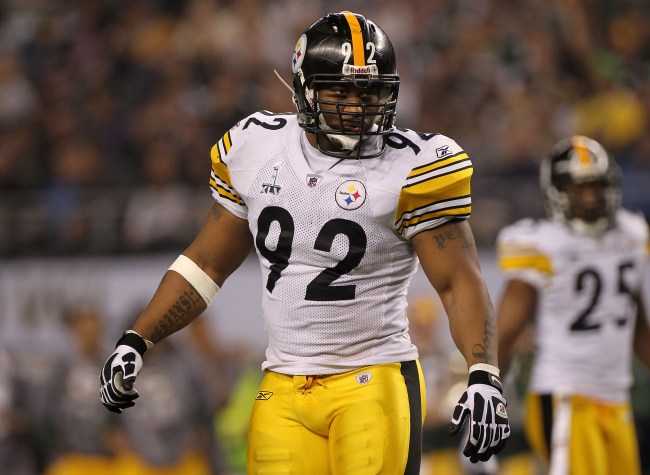 The plot is thickening in the James Harrison saga. The Steelers cut the two-time Super Bowl winner and franchise all-time sack leader after he voiced his dismay with a lack of playing time and the Patriots picked him up for a bag of peanuts.

Former Steelers teammate Maurkice Pouncey went on the record to say that the 39-year-old Harrison ‘ruined his Steelers legacy.’ Steelers linebacker Bud Dupree claims Harrison often did not practice, attend team meetings, or even enter the locker room. Dupree went on to say Harrison wouldn’t visit Ryan Shazier in hospital after his teammate suffered a significant spinal injury earlier this month. Shazier is still confined to a wheelchair. One team source also claims that Harrison known to sleep in a recliner chair during position meetings and snore loudly while Joey Porter would teach.

Steelers fans are currently grappling with the brutal realization that one of the most recognizable faces of the franchise has done the unthinkable: joined the team he once called for Roger Goodell to rescind the franchise’s Super Bowls. That’s like your ex breaking up with you to bone your dad. A total double whammy.

We’ve already seen irate Steeler fans burn their James Harrison merch, but we have yet to hear the voice of devastated franchise. Until now.

Ladies and gentlemen, I present to you Matt Light, a totally rational, level-headed Steelers fan who’s not mad at all about the departure of Harrison.

Thoughts and prayers go out to the entire Steelers franchise in this difficult time.