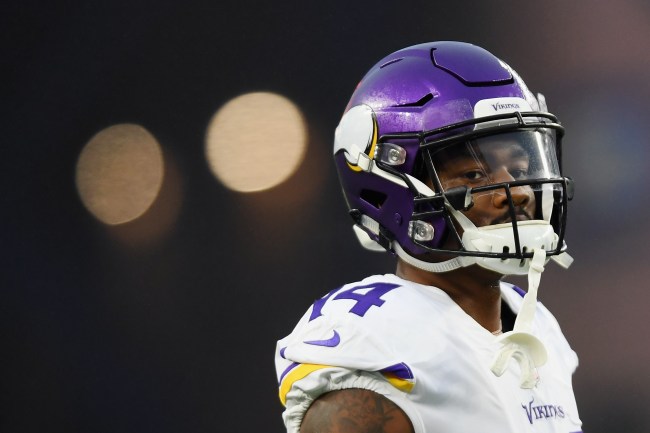 Nobody in Minnesota is happy after Sunday’s 16-6 loss to the Bears that dropped the Vikings to the basement of the NFC North.

Adam Thielen, and I’m taking some creative liberties here: “Our $84 million quarterback is physically incapable of converting on a pass longer than six yards. We rank dead last in the NFL in passing yards per game this year with a receiving corp that includes me and Stefon Diggs. Fuck you, Kirk!”

I’ve been interneting far too long to know that crytpic, passive-aggressive tweets like these are the seeds that grow trade trees.

Stefon Diggs has just 13 receptions for 209 yards and a touchdown in four games this season, trending comically below his 102 receptions last season.

Meanwhile, the previously formidable New England Patriots showed some offensive weaknesses in their 16-10 win, with Brady throwing for just 150 yards and with the offense managing just nine points. The Pats would be virtually unbeatable by adding someone like the clearly unhappy Stefon Diggs, and Pats fans flooded to Twitter to generate some grassroots recruiting.

Let it come naturally. Then choose the Patriots. pic.twitter.com/mmfU64dReV

I wouldn’t be surprised if tomorrow a report comes out with a headline like: Stefon Diggs Agrees To One Year Deal With Patriots For $15 Per Hour And Two Weeks Paid Vacation