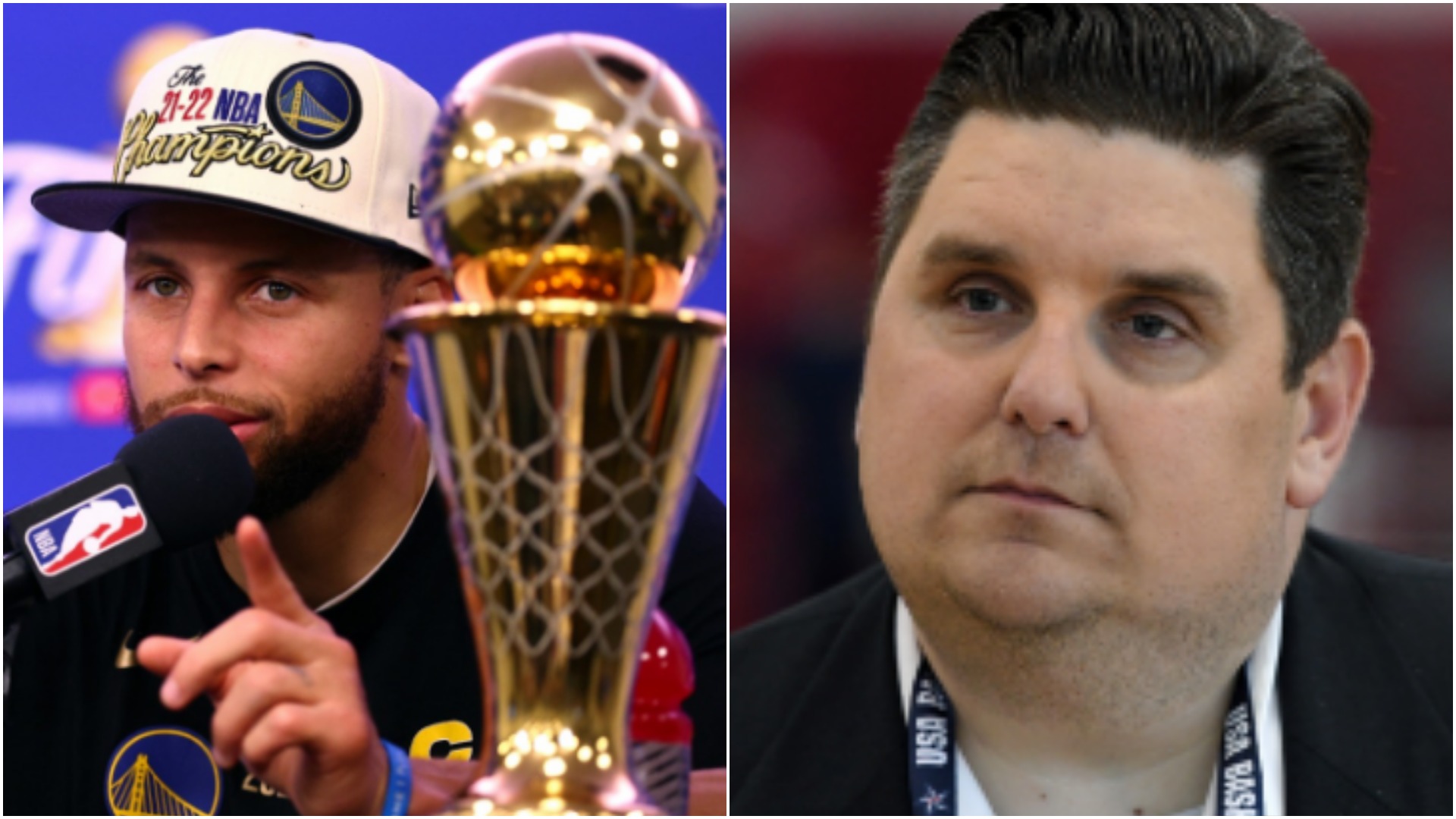 Steph Curry didn’t seem pleased with ESPN’s Brian Windhorst taking a shot at the Warriors during the NBA Finals.

After game 5 of the NBA Finals, Windhorst noted how much money the Warriors spent this season and called their win a “checkbook win.”

“They have a $340 million payroll, you just don’t have to beat the Warriors on the court, you gotta beat their checkbook…this was a checkbook win for the Warriors” pic.twitter.com/3OzI3Jc0pX

” Andrew Wiggins, he’s not an underdog. He makes $32 million… while the Warriors were down these last couple of years, winning no games, they kept spending money because they’ve got it.

They have a $340 Million Payroll when you consider taxes. You don’t just have to beat the Warriors on the court. You got to beat their checkbook and nothing away from Andrew Wiggins tonight, but this is a checkbook win for the Warriors.”

When the Warriors won the NBA championship on Thursday night, Steph referenced Windhorst’s “checkbook win” comment while speaking with the media.

“I heard someone talk about pay, checkbook wins, and all this other stuff, yeah cause it starts with a core group of champions and bonafide winners and the belief that we can run it back, and now we’re here”