Stephen A. Smith Caught So Much Hell For His Creepy Photo Caption Of Clemson Cheerleaders He Changed It 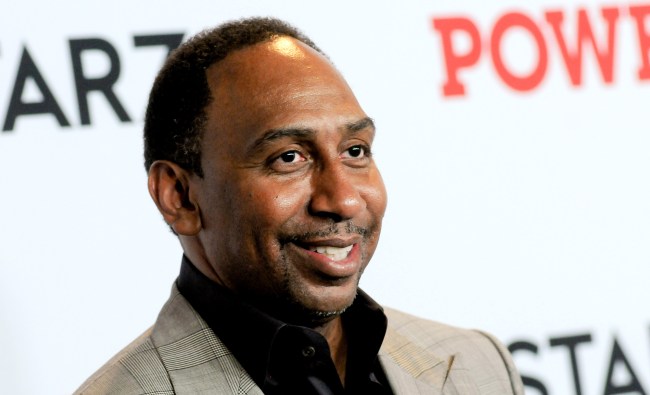 51-year-old ESPN TV and radio personality Stephen A. Smith is once again getting backlash for something he said, or in this case, before typed.

Apparently, football, basketball and movies aren’t the only things Stephen A. knows very little about. He also appears to not be aware that 51-year-old men making creepy comments about college age women – in this case, Clemson cheerleaders – on Instagram is frowned upon.

Well, he wasn’t aware, because he most certainly is now after he posted a photo of himself with his arms around three Clemson cheerleaders and captioned the photo, “Stevie-A loves the kids. He sure does. 😀.”

I think he used the wrong emoji there because most people’s reaction to his creepy caption was 😲.

And here ESPN was all worried about Smith getting too political 🙄.

The comments about Smith’s photo caption were… something. 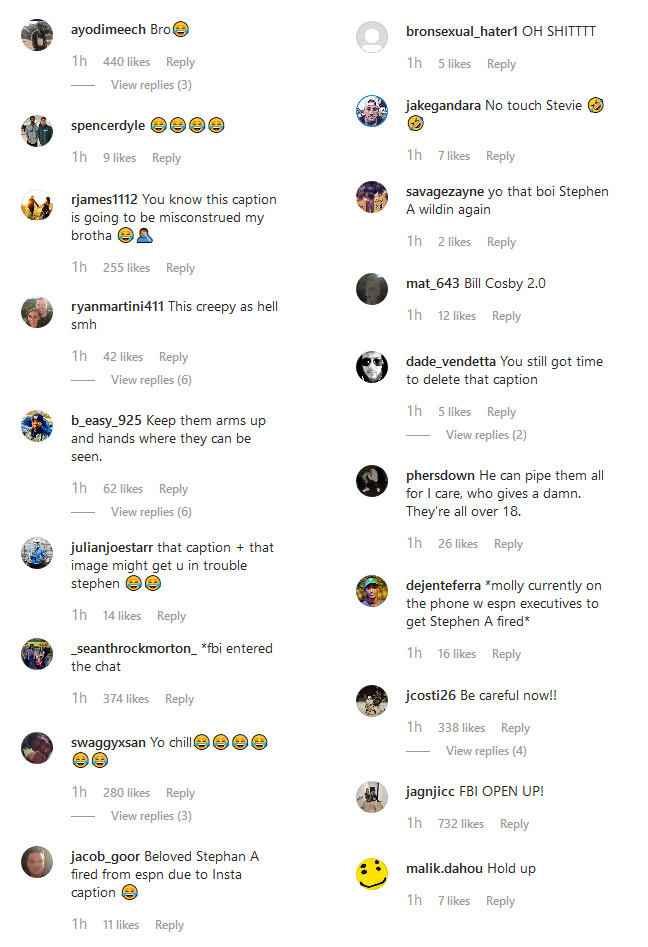 We know that he has been reading those comments, that or someone above his pay grade informed him of them, because the former point guard/shooting guard from Winston-Salem has since changed the photo’s caption to read, “Thanks Clemson for hosting us! :)”

Thanks Clemson for hosting us! 😀

And that right there, folks, is how you become the richest on-air talent in ESPN history.