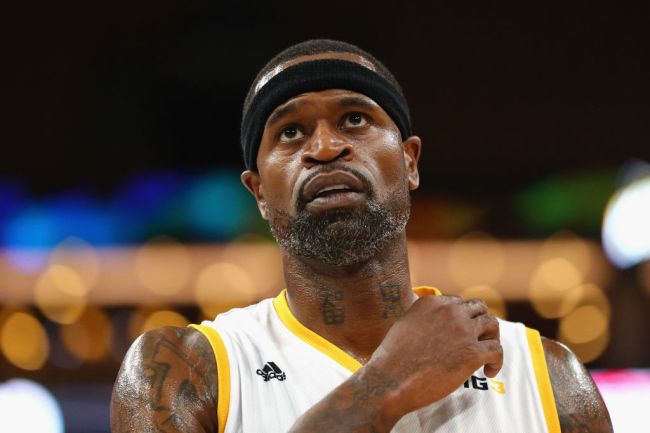 Stephen Jackson doesn’t want to be called a “gangster” despite having done some “gangster shit” during his NBA career.

This week Jackson is set to make an appearance on Rex Chapman’s “Charges” podcast, which is produced by Portal A and Steve Nash’s CTRL Media, that delves into the most infamous stories from the world of sports. In his two-part episode, Jackson goes into detail about his strip club shootout in 2008, his involvement in the now infamous brawl with fans dubbed the “Malice at the Palace”, and how he became a spokesman for the Black Lives Matter movement after his close friend George Floyd was killed by police.

During his interview, Jackson tells Chapman that he resents people calling him a “gangster” over the infamous incidents in his career because most of the time he was just trying to back up a teammate/ friend.

“I just didn’t like the gangster title they tried to put on me, I’ve never been a gangster, I’ve always been a man, and I’ve always been someone that has had my brother’s back and not worry about the consequences and that’s just been me and that’s how I grew up”

“The gangster title was never me, I’ve done some gangster shit in my life… name another play that’s been in a shootout while he was in the NBA but I’m not that person now…what people don’t understand is that I’ve never been in a fight in an NBA game with an NBA player…the only incident I had was when they threw a beer on my teammate and yeah they was supposed to get their asses whooped.”

Part-one of Jackson’s two-part interview with Chapman drops on Tuesday (6/29). Fans can listen to the podcast on iHeartRadio and anywhere else podcasts are heard.