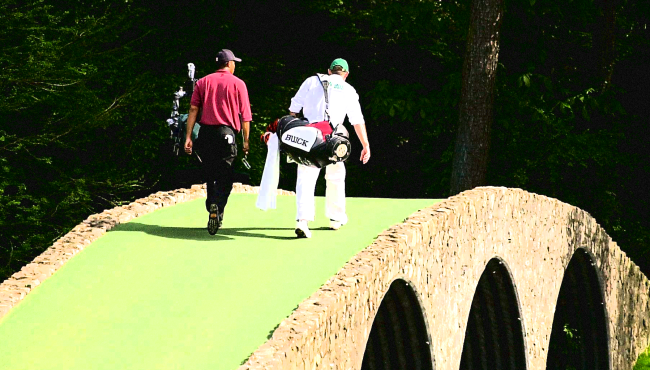 This past Friday, Tiger Woods’ long time caddie Steve Williams spoke about the GOAT’s rivalry with Vijay Singh back in the day.

Williams and Australian Golf Digest writer Evin Priest were talking about the 2002 Masters, the one that was supposedly Tiger-proofed, when the subject of Singh came up. (Tiger ended up winning the tournament at 12-under, three shots ahead of Retief Goosen and seven ahead of Singh, who finished seventh.)

“What did you make of Tiger and Vijay’s rivalry over the years?” Priest asked Williams.

“Yeah, that’s a good question,” Williams responded with a chuckle.

“Vijay is obviously held with a lot of respect given the amount of practice he does. There’s no player that spent more time practicing than Vijay did, and obviously a very good player,” Williams said on the Chasing Majors podcast. “He had a stretch there one year where he was like, almost as good as Tiger or, you know, if not better than Tiger, when he had that amazing stretch there.

Related: Tiger Woods Details His Greatest Round Of All-Time, Which Came A Week Before He Ran Away With The ’97 Masters

“He was a bit like Tiger in a sense, wasn’t he, that he was very much a lone wolf,” Priest added.

“Yeah, [Vijay] certainly does things his own way and does things differently,” Williams responded.