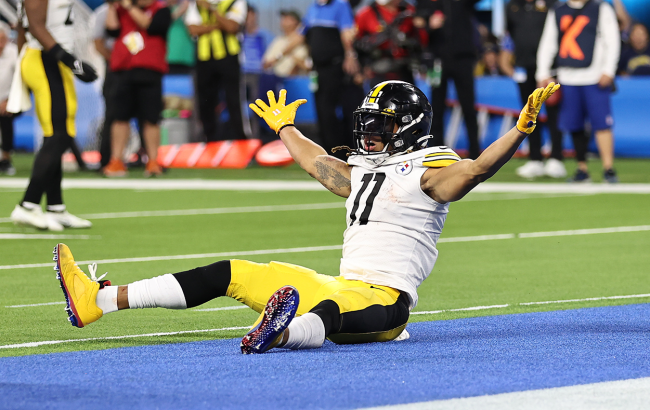 Fartgate is officially on. During Sunday night’s game between the Chargers and the Steelers, somebody broke wind and it was very much caught on the air.

The incident occurred early in the first half. Down by four, Pittsburgh was driving around midfield.

On 2nd-and-10 from the 48-yard-line, Ben Roethlisberger lined up in the shotgun. As he went to set for the snap, a terribly audible flatulent noise came across the broadcast.

Somebody had farted and people immediately went to check Twitter to confirm that they were not crazy. They were not.

*me searching Twitter for confirmation seconds after I heard it*

I also heard it

Here is a video of the incident in full:

Nobody acknowledged the fart, because drawing attention to it is not the play in that situation. And the proceeding play was a 22-yard completion that also included a pass interference flag, so the focus quickly shifted away from the terrible toot.

However, for those that heard it, so many questions remain.

Who was it and was it really a fart? It certainly sounded like one.

Thus, there are a few potential culprits here. The first (and likely untrue) answer would be that it was not a fart. Somebody rubbed something by accident and it made a noise that sounded awfully close to flatulence.

Another possibility that it was Al Michaels or Chris Collinsworth on the call. Michaels was the first person to speak after the sound and did not break stride in his announcing, but was it a cover-up?

A third potential culprit could have been a sideline report who forgot that his or her microphone was on. Other than that, it might have been someone else in the booth who got too near a microphone.

Considering that this was not the first time that this has happened, the possibilities certainly point toward one of the on-air talents.

Was it Michaels? Was it Collinsworth? Could it have been a third party? Fartgate continues…