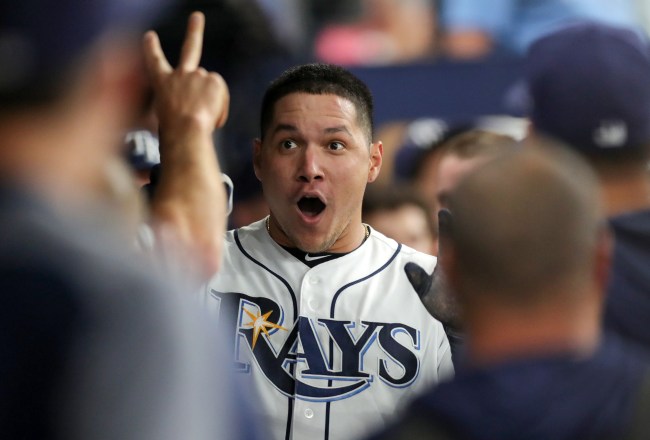 The Tampa Bay Rays have the fifth best record in the entire MLB, posting a current record of 33-19 and just one game back from the Yankees to claim supremacy in the AL East. But, evidently no one in the Florida knows nor cares about the success of its team.

During Tuesday’s 3-1 victory over the Toronto Blue Jays, the Rays amassed the smallest crowd EVER for a game at Tropicana Field in 22 seasons of play, drawing a group of 5,786 fans. For perspective, the previous low was 6,509 on Sept. 5, 2017 when goddamn Hurricane Irma was in the forecast and before the largest evacuation in Florida history.

As the Tampa Bay Times reports, the Trop crowd was the smallest crowd in the majors since July 11, when the Miami Marlins had 5,265 for a game against the Brewers.

“I noticed it during the anthem. I was like, Oh, it’s still early, maybe people are still going to file in. I didn’t know that (it was the smallest ever).

@RaysBaseball I sure am glad your attendant was there to prevent people from sitting in this section. We could’ve had a big situation. You sure saved your 5k fans from that! #MLB #TampaBayRays #BlueJays #GoJaysGo pic.twitter.com/LLeo1W6BcI

#Rays 4-man outfield and shift vs. #BlueJays Smoak, and he strikes out pic.twitter.com/YJNHizitqX

Now I need he Rays to make it to the World Series so we have visual proof of 20,000 bandwagon fans if the stadium is filled.