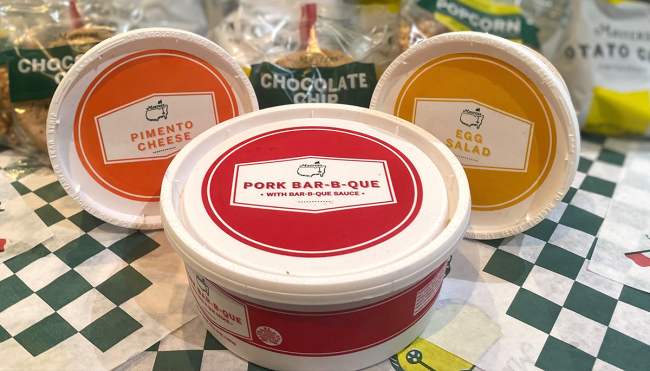 There’s probably no golf course in the world more iconic than Augusta National, but getting the chance to walk its hallowed grounds is no small feat. If you’re not insanely good at golf or have the connections required to get invited to play a round, your only real option is to snag a pass to the Masters during the tournament’s annual ticket lottery.

During a normal year, Augusta National admits up to 50,000 fans—sorry; “patrons”—on each day of the Masters, who are required to follow the same rules as racewalkers at the Olympics when it comes to trying to secure a prime spot on the course. However, the exclusive club got even more exclusive after deciding to cap the number of daily attendees at 12,000 thanks to the state of the world, meaning your chances of checking it off your bucket list in 2021 were even slimmer than usual.

I didn’t anticipate I’d be fully vaxxed up by the time the tournament rolled around, so I didn’t even attempt to get my hands on the credentials required to make the pilgrimage. However, a few weeks ago, I discovered it was possible to have a piece of Augusta sent my way after discovering the course had teamed up with Fanatics to sell a “Taste of the Masters” package containing some of the iconic items it serves to patrons. 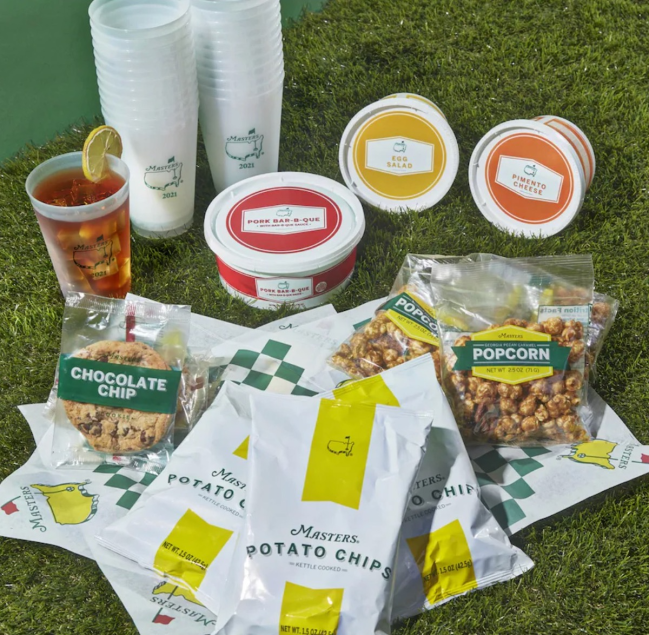 The Masters is known for selling concessions at impossibly cheap prices, including the famed pimento cheese sandwiches it dishes out for $1.50 a pop. When you consider you could buy 100 of them for the price the Taste of the Masters will set you back, I can understand why people would be hesitant to pull the trigger, but I couldn’t stop myself from doing exactly that.

Did it manage to live up to the hype? Well, I do kind of regret buying it, but only because I’m not sure I’ll ever be able to watch the Masters again without having this truly glorious spread at my disposal.

When you consider egg salad isn’t a dish that traditionally travels very well, I was slightly concerned with the logistics of having it delivered. While I placed the order toward the end of March, it wasn’t shipped until the day before the Masters kicked off, and when it arrived on Friday, all of the perishable items were covered in ice packs that had managed to keep them sufficiently cold throughout the journey.

The amount of food you get for $150 means you’re all but required to recruit some people to make your way through it, which is exactly what I did when I had a couple of friends over on Sunday for what was the most normal and enjoyable afternoon I’ve experienced for over a year.

After spending five hours crushing Transfusions while chowing down on the various offerings, I can safely say the price was more than worth it, as none of the items were even close to being underwhelming. However, I figured I’d throw together a power ranking so you can get an idea of how everything measures up. 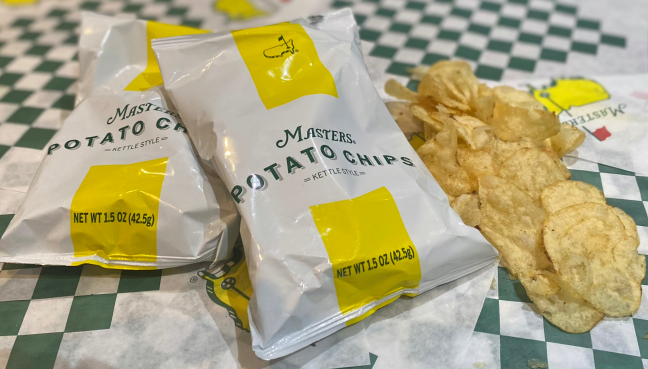 Augusta National basically harnesses the same strategy as Costco when it comes to the less unique offerings on the menu. While these were outsourced to Utz, the bag containing the kettle chips makes sure to note they were packaged exclusively for the Masters, which allowed me to convince myself they were superior to the ones I could easily pick up at the store despite having no evidence to back it up.

I’d also like to thank Augusta for providing the paper placemats that allowed me to dress up these photos while milking Portrait Mode for all it’s worth. It’s the little touches that cemented these Taste of the Masters as the newest tradition unlike any other. 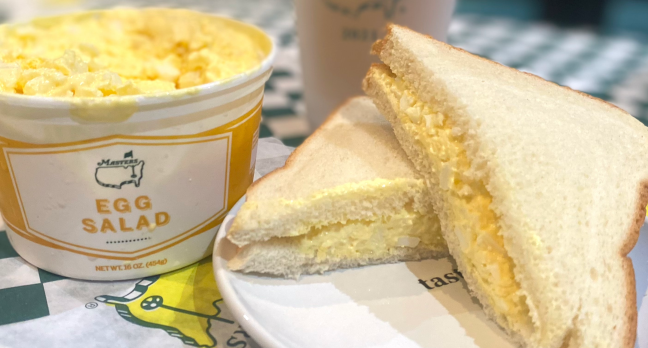 The Taste of the Masters comes with a notecard with specific instructions on how to replicate the sandwiches that are served at Augusta. In this case, you’re directed to start off with the “freshest white bread you can find” before throwing 1/3 of a cup of egg salad onto a slice, spreading it “evenly crust to crust” before finally topping it with another slice (a step that was apparently included for people who’ve never made a sandwich before.)

To be fully transparent, I have an irrational hatred of egg salad, so I did not personally give this a try. However, my buddies—one of whom is a self-proclaimed egg salad aficionado—determined it was a very solid offering but agreed that it couldn’t compete with the items that follow. 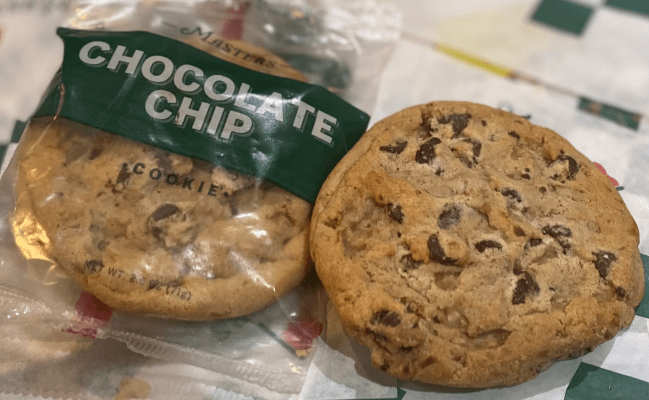 Augusta tapped the services of Christie Cookies to produce the treats that are “manufactured exclusively for the Masters.” I don’t know who Christie is, but she knows how to make a damn good cookie. These are ideally chewy and have what I can only assume rely on a carefully calculated chocolate chip distribution formula that makes sure every single bite delivers. 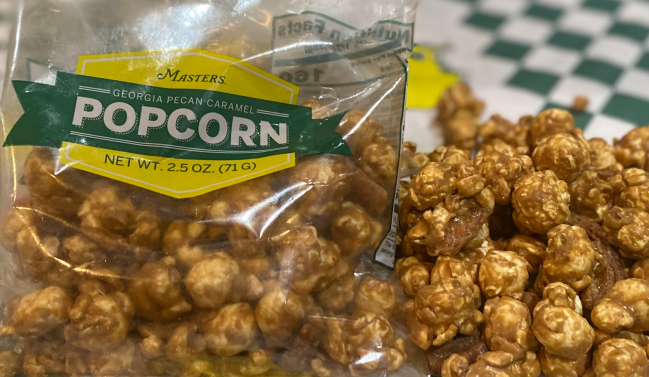 This caramel corn is Cracker Jacks on steroids. In addition to paying tribute to the state it calls home with the help of some delicious Georgia pecans, the popcorn itself easily puts the best of the three options inside those metal tubs that magically appear every Christmas to shame. 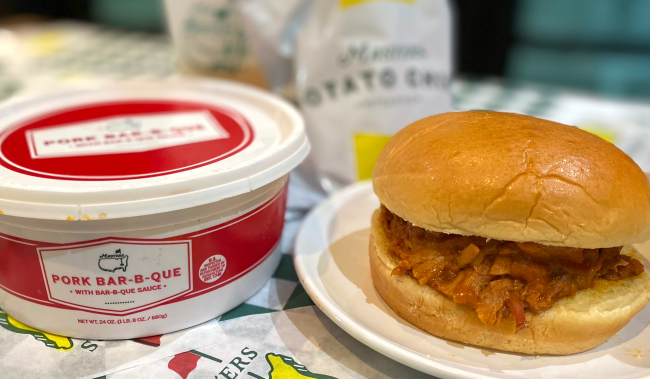 I couldn’t help but laugh when I read the instructions for how to assemble this thanks to what I assume is an inadvertent reference to Coming To America, as the first step stresses the buns at Augusta (as is the case with those at McDowell’s) have no seeds.

While you can prepare the pork in the microwave, I made sure to do everything I could to have an authentic Masters’ experience by heating it up on the stove before throwing a 1/2 cup between the two buns. It’s a pretty barebones sandwich but also an incredibly tasty one, and while this might’ve been sacrilegious, I would suggest throwing a few pickles on top to take things to the next level. 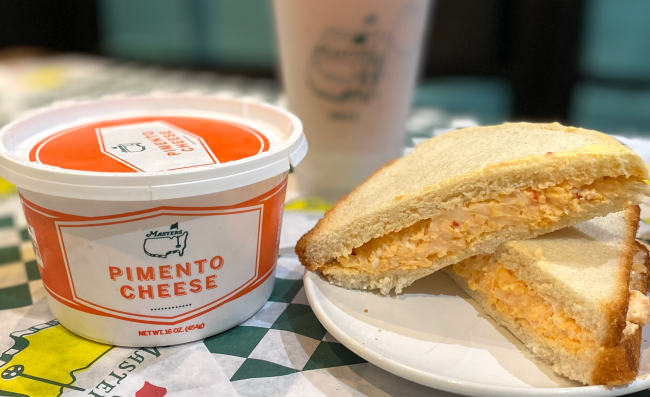 This is easily the most iconic and sought-after food on the menu at the Masters, and it’s easy to see why. I was kind of skeptical that sandwiching 1/3 of a cup of cheese spread between a couple of pieces of white bread would be as amazing as everyone claims, but it turns out there’s a reason it’s so popular.

My only real issue was the fact that’s the nature of the combination means there’s virtually no textural contrast to speak of, and at the risk of being accused of heresy yet again, sprinkling some crunched-up potato chips on top is a fantastic move. 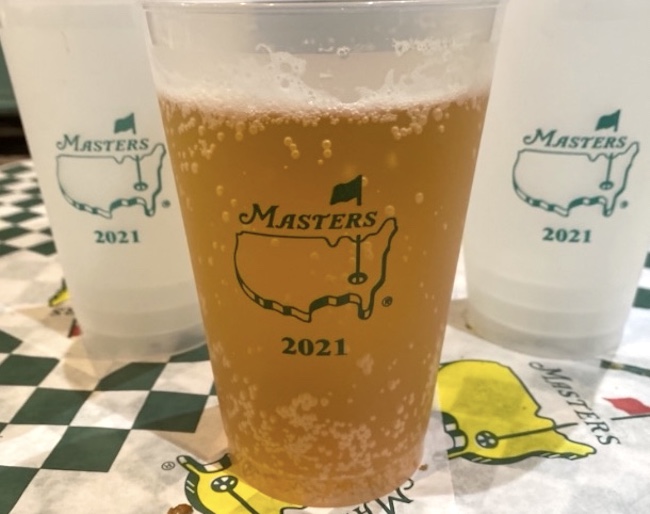 Getting to watch the Masters in person is certainly one of the biggest reasons I want to take a trip to Augusta at some point, but I’d be lying if I said the highlight of the trip would be anything other than acquiring as many of the sought-after souvenirs that can only be obtained there.

My favorite tradition while watching the Masters is keeping an eye out for the patrons who play the Augusta version of Wizards Staff by keeping track of the $5 beers they’ve consumed over the course of the day by stacking the cups each one comes in. The fact that the Taste of the Masters comes with 25 of these golf grails is the primary reason I couldn’t help myself from buying the package, and I honestly feel like they paid for themselves.

I spent Sunday afternoon drinking at Augusta in spirit by grabbing a new cup whenever I was in the mood for a dangerously strong mixed drink or a tallboy of Narragansett that fit perfectly in the 16-ounce cups, which are sturdy enough to run through the dishwasher and take years to succumb to any real wear and tear.

Thankfully, if that happens, I’ll be able to turn to the other 17 I still have on hand after each of my buddies took a few of them home as a memento of what was a truly fantastic day thanks in no small part to the contributions of the Taste of the Masters.