Teams Are Reportedly ‘Scared’ Of One Top NBA Draft Prospect 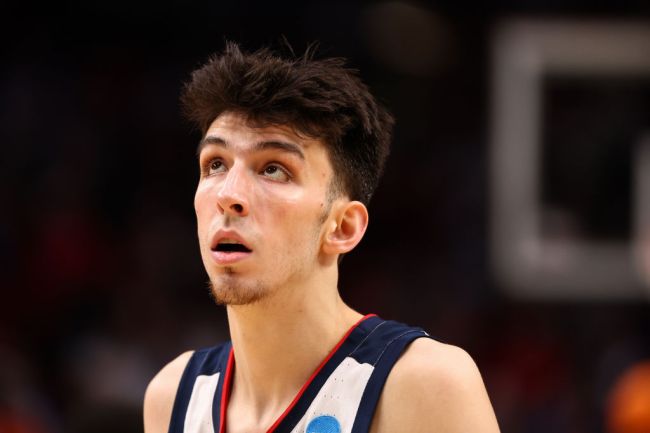 The NBA’s conference finals are just beginning tonight, but there are already plenty of teams looking toward next season as the basketball world prepares for tonight’s NBA Draft Lottery. Some of those teams find themselves with hopes of landing the draft’s top pick tonight, but there are major questions about who that top pick would be.

At this point in the pre-draft process, there seem to be 4 options for that pick. Paolo Banchero, Chet Holmgren, Jaden Ivey, and Jabari Smith could all potentially wind up being taken with that pick. However, one of those players seems to be the subject of some concern from teams around the league.

On today’s episode of The Field of 68, Rob Dauster revealed that there are some teams afraid of drafting Chet Holmgren.

There are two major concerns with Chet Holmgren, according to @RobDauster.

Holmgren certainly has the talent to warrant becoming the 1st pick in the NBA Draft. In his lone season at Gonzaga, he averaged 14.1 points and 9.9 rebounds per game while shooting just over 60% from the field and 39% from 3. He also added an impressive 3.7 blocks per game.

However, his physical limitations could cause him issues at the next level as he takes on stronger players in the low post.

Holmgren has plenty of upside, but it seems he may be viewed as too risky of a prospect to be the top pick in the NBA Draft.