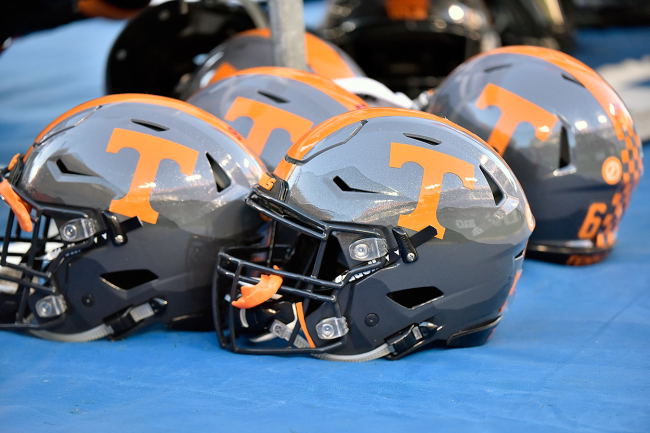 Earlier this week, my friend notified my of a Facebook group that doubles as a team-issued merch store. In the group, a man posted that he is selling a full-sized Volunteers football helmet.

Not just any helmet, but Tennessee’s smokey grey helmet. He listed it for $1,850 including shipping. 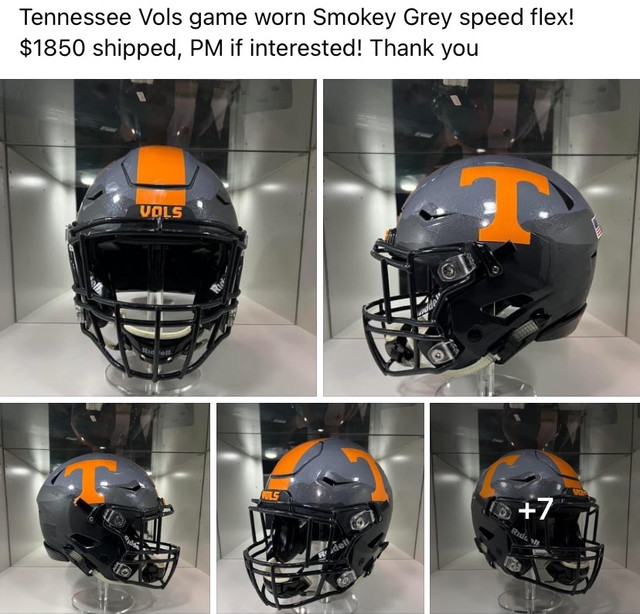 With the helmet comes a certificate of authenticity. And that is where the Vols embarrassingly hyped up their accomplishments while wearing the specific helmet that is now being sold on Facebook.

It then gets into the backstory.

“This is the first-ever grey helmet in Tennessee football history. The design, innovation and inspiration came from the symbolism, power and emotion of the beloved, neighboring Great Smoky Mountains. The design silhouettes of the mountains, which wrap around the shell, added texture and depth not typically found on a helmet. It closes out by prominently displaying the iconic ‘Power T’ in historic Tennessee Orange.”

And then things get hilarious.

“Over the course of three seasons, these helmets made headlines — garnering National Helmet of the Year recognition in 2016— and were a part of significant moments in Tennessee football history…”

Many, if not most, college football fans would probably consider a “significant moment” to be a national championship or a New Year’s Six Bowl or even a huge rivalry win over a top-ranked team in which fans stormed the field. Not Tennessee!

“…including the 2016 home victory over Florida and the Music City Bowl triumph over Nebraska, during which Derek Barnett set the all-time Tennessee sacks record.”

WHAT?! Tennessee’s win over Florida in 2016 came against a Gators team that finished 9-4 in a season that the Volunteers also finished 9-4. They even lost to Vanderbilt that year. Tennessee ended up in the Music City Bowl, a middle-tier bowl game that they won over a Nebraska team that also went 9-4.

And now the Volunteers are calling these moments “significant” to their history, which speaks to the lack of recent success. Yikes.