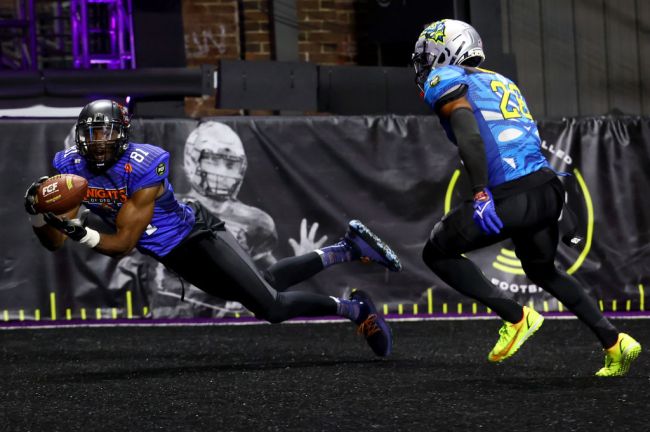 Owens spent a decent chunk of this past year trying to restart his football career. He even offered to join the Buccaneers after Antonio Brown left the team. He eventually worked his way to the Fan Controlled Football league.

Owens had some bid moments over the course of his season in the FCF, catching a touchdown pass in the league’s first game ever and securing a two-point conversion for his team late in their last game as they fought for a playoff spot.

Today, he did something significantly more impressive. Seemingly spurred on by trash talk from his FCF competitors, Owens raced in a 40-yard dash. against fellow Fan Controlled Football receivers, James Harden and Andrew Jamiel.

Owen outran both of his opponents and was clocked by one person watching at 4.38 seconds.

For context, that would have tied Owens for the 7th fastest time among receivers at this year’s NFL Combine. Even if the timer was off by 5 hundredths of a second, a 4.43 would have put him in a tie for 12th at this year’s combine.

It seems Owens has been steadily getting faster with age as he actually ran the 40 against Tyree Hill and was clocked at 4.42 seconds.

Maybe for his 50th birthday the football world will get to see Owens run the 40 in less than 3.5 second.