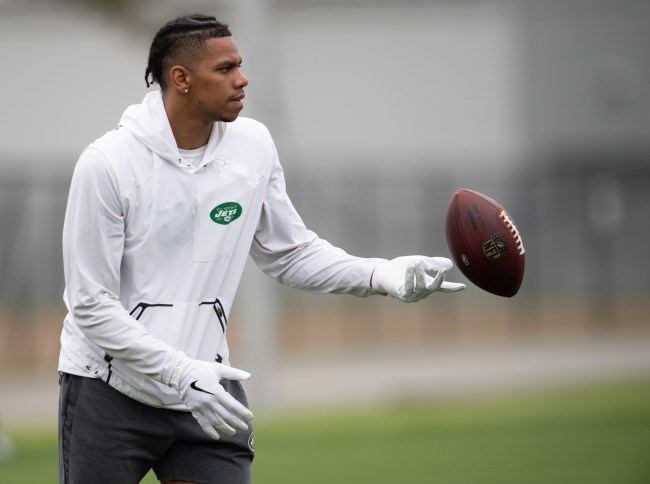 If what Terrelle Pryor’s lawyer is saying about this past weekend’s stabbing that caused Pryor to lose 3.5 liters of blood and left him “minutes” from dying, then the free agent receiver was the victim of attempted murder.

In a press conference with media members Wednesday, attorney Stephen Colafella told reporters his client had a “very deep” stab wound above his left pec hit a big vein and narrowly missed an artery.

The wound was allegedly the work of Pryor’s girlfriend of about a year, Shalaya Briston.

Watch Terrelle Pryor Say He Almost Died Twice After His Girlfriend Shalaya Briston Stabbed Him in The Chest After They Fought Over Her Going to Club With Her Friends Who Wanted to Leave Him Dead in Kitchen (Pics-Video) https://t.co/axZWm8FIoR pic.twitter.com/v8QqyIYVsi

According to Colafella, Pryor, Briston and friends had gone out to dinner … and after a small disagreement, Pryor decided to head home while the others stayed out to party.

Colafella says Pryor went to sleep … but was awakened by Briston and two of her friends outside of his apartment — and when he tried to get them to leave, all hell broke loose.

Colafella says one of the women struck him in the face … and in the ensuing tussle, Briston grabbed a kitchen knife and stabbed the 30-year-old twice.

Colafella says after they took him to the hospital, they “shoved” him out of the car onto the sidewalk and attempted to flee.”

Briston has been charged with attempted homicide and aggravated assault and a judge denied her bail after deeming her a danger to the community and reminding her she almost killed her victim.

“When a man puts his hands on a woman, and she is in fear, she has a right to defend herself,” Mr. Rothman said.

Briston reportedly had a bruised nose and was missing two false fingernails from the incident.

According to the Post-Gazette, police reported that witnesses described their relationship as “volatile” and that Pryor was “always putting his hands on her.”

This is going to get uglier isn’t it.