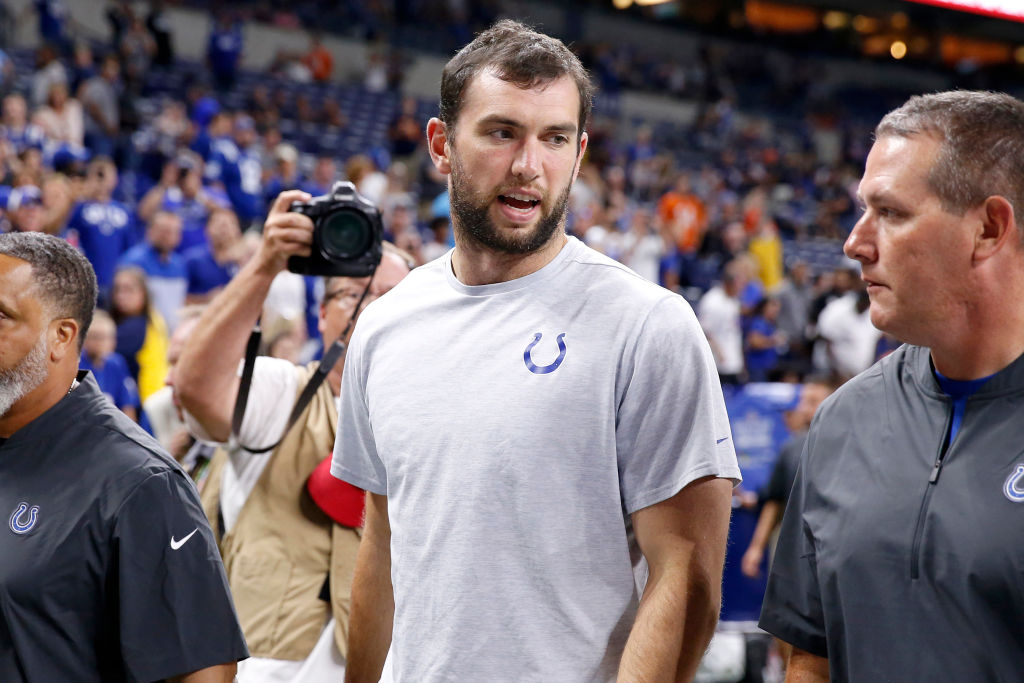 The Colts are still having issues at the quarterback position and have reportedly reached out to Andrew Luck.

Since Luck shockingly retired from the NFL in 2019, the Colts have tried out several QBs throughout the years including Jacoby Brissett, Philip Rivers, Carson Wentz, and most recently, Matt Ryan. None of the QBs they’ve picked up in recent years have panned out longterm and now the Colts are once against looking for a new QB to lead the team after the benching of Ryan.

During an appearance on the Rich Eisen show, The Athletic’s Zak Keefer revealed that the the Colts have reached out to Andrew Luck about coming back.

“The Colts have reached out. Absolutely they’ve called him,” “It’s not going to happen. He’s definitely moved on from football.”

“He lived in Indianapolis for the first three years after he retired. He was a mile from the Colts’ practice facility,” noted Keefer. “Very much the specter of Andrew Luck hovers over this team. This has been a four to five-year carousel. They have just tried to go with these short-term stopgaps and it hasn’t worked. Until they find the next guy, you’re always left with that what

The Colts are currently 3-4-1 on the season and are rolling with Sam Ehlinger for the rest of the season.

Andrew Luck would probably still be the best QB on the roster despite not having played a snap in over three years.