‘The Match II’ Delivered Beyond Our Wildest Imagination 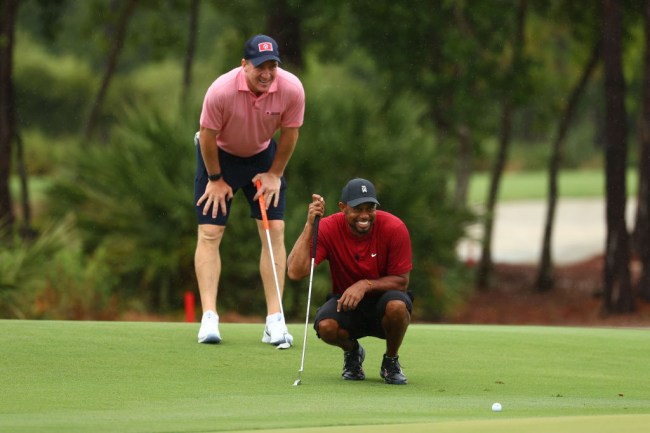 I am not going to lie, I woke up Sunday Morning a little skeptical on how The Match: Champions for Charity between Phil Mickelson, Tiger Woods, Tom Brady, and Peyton Manning was going to play out. I wasn’t sure how the match play aspect was going to translate and how much on-course banter we were going to get between the players. It only took two holes and a couple of Manning chirps to Brady for me to know we were in for one hell of a show.

The roller coaster Brady was on was prime time entertainment. Brady could not have been worse out of the gate and you could tell he was starting to feel it. By no means was Brady enjoying himself in the Florida rain when this thing started. It wasn’t until his approach shot on the seventh hole when the weight of the world jumped off of his shoulders as things were really starting to look rough for TB 12.

The on-course trash talk was perfect; two of the greatest to ever do it in their respective sports just chirping the hell out of each other. I think we all knew Manning would be able to bring it on the course but who knew the man would be an absolute sniper with an iron in his hand? A few holes in and it looked like The Sheriff was ready to take on Phil at Augusta head to head.

My fingers are going a mile a minute here as I can’t even express how happy I was with that Sunday entertainment. I am not saying it filled the void of an NBA Finals game or perhaps even some baseball, but it was pretty close to it. Remarkable stuff from the GOATS yesterday and something I think the sport of golf needs every now and then. My goodness do I miss sports.