Golf Fans Are Set To Shatter Attendance Records At The Open With Tiger Woods Teeing It Up At St. Andrews 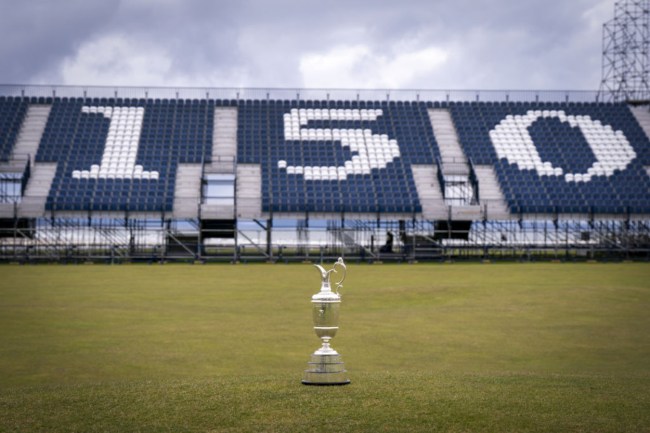 The historic grounds of St. Andrews are expected to welcome close to 300,000 golf fans to take in the action of the 150th Open.

According to the R&A, golf’s governing body across the pond, it received 1.3 million ticket applications for The Open. It was announced on Tuesday that 290,000 general admission tickets are set to be distributed for the tournament.

The 290,000 number will blow away the previous attendance record of 239,000 spectators who attended the 2000 Open, which was Tiger Woods’ first Open victory.

Speaking of the big cat, Woods is certainly playing a role in the expected attendance figures.

After shocking the world and making the cut at the 2022 Masters earlier this month, Woods confirmed that he would be teeing it up at this year’s Open.

“I am looking forward to St. Andrews. That is something that is near and dear to my heart,” Woods told Sky Sports at Augusta National.

“I’ve won two Opens there. It’s the home of golf. It’s my favorite golf course in the world, so I will be there for that one. But anything in between that, I don’t know.”

Woods recently committed to playing in the JP McManus Pro-Am in Ireland in July, which begins 10 days prior to opening round of The Open at St. Andrews.

It’s clear that Woods has had The Open circled for quite some time, as have golf fans around the world.

The 2020 Open was canceled due to the pandemic while last year’s event at Royal St. George’s was a limited attendance event.