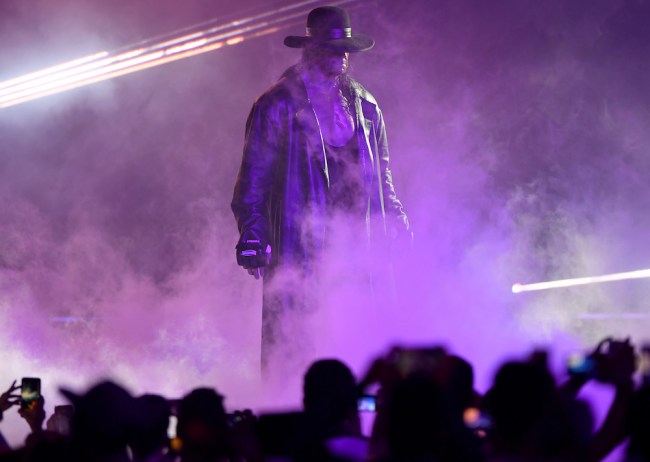 The most fascinating part thing about The Last Ride – the documentary series chronicling The Undertaker‘s last match (maybe) in the WWE – has been the interviews with Mark Calaway to promote the show.

Longtime wrestling fans understand the magnitude of the series and the interviews. The legendary wrestler and WWE Hall of Famer is incredibly guarded about his character and his personal life.

Since the debut of the show on the WWE Network, The Undertaker has made the rounds on both WWE and mainstream programming to discuss the show and his thirty-year career.

On the latest episode of the After The Bell podcast, The Undertaker and host Corey Graves played word association with former and current WWE stars.

One name that got The Undertaker slightly emotional was WWE Hall of Famer and close friend, Yokozuna. He called his time with Yokozuna “one of my most favorite times in the business.”

The Undertaker discussed seeing Yokozuna work in the ring for the first time with Vince McMahon staying close by. Undertaker was so impressed by the agile big man that he tried to convince McMahon to be Yokozuna’s first opponent.

McMahon, unfortunately, had other ideas for the Undertaker and his next opponent.

“Yoko, I’ll never forget when he first came in. I’d seen him in Japan, working in Japan, and I’d heard he was coming in. And he was doing a dark match. I think it was Baltimore. So I wanted to go out and watch his dark match, not a tryout match but before the show started.

He was working with this guy, and Vince just happened to be standing there, so I came up. So Vince and I are kind of peeking through the curtain watching him work, and man, at 450 lbs, the guy moved like a cat.

“So I’m standing there and looking through the curtain, pull my head out and I said, ‘Vince please. I’m begging you’ because I had a few stinkers in a row. I said, ‘please. Please let me work with him first.’ I got the traditional Vince. (Undertaker does Vince laugh and impression) ‘Oh, you’ll work with him, but I’ve got something else in mind for you right now,’ and I kid you not, just so happens coming down the hall from the far end of the of the stage comes Giant Gonzalez. He goes, ‘that’s what I got in store for you.’

That’s another one of the reasons I left WCW. They wanted me to work with him, and then he follows me here. I was like, please. So anyway, as it worked out Lex got Yoko first, and I got Giant Gonzalez and the rest is history.”

Being ignored by Vince – and getting stuck working with horrendous wrestlers like the Giant Gonzalez – is one of the reasons The Undertaker considered making the jump to WCW in the 1990s.

[via After The Bell]