Three Must-Have NFL Players To Draft In Your Daily Fantasy Lineup In Week 3, According To A DFS Expert 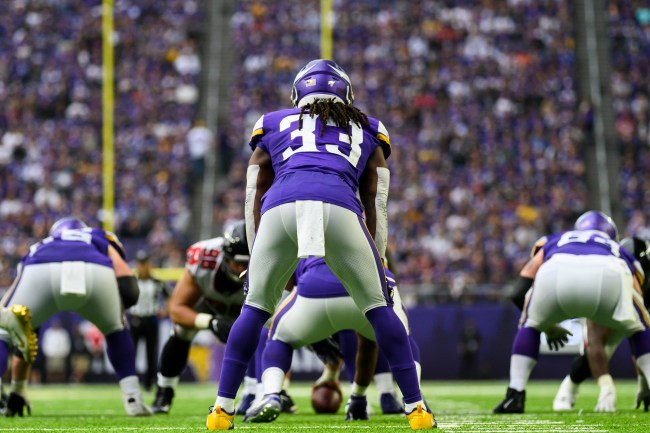 Week 3 is here, and some of the games have spreads that make us do a double take, thinking we are looking at Alabama vs some cupcake small school from Kansas. But it’s not, as the Patriot’s and Cowboys are both over 21-point favorites in their games. Wild!

Let’s take a look at some of the players we should think about building our lineups around in week 3.

When we look at building blocks at the running back position, ideally we want a team who is going to play with the lead, therefore run the ball more often. As an 8.5 favorite at home, on a team who’s coach wants to do nothing but run the ball, Dalvin Cook should explode this week.

Cook is averaging 20.5 carries and 132 yards per game to start the season. He’s also getting a few targets each week, and has scored at least one touchdown in both games. Fairly priced at $7800, Cook is going to be the first guy I put in my lineup this week.

The Eagles are severely depleted in their passing attack. Alshon Jeffrey and Deshaun Jackson are both expected to be out, and up and coming tight end Dallas Goedert is also expected to miss this game. This sets up for Zach Ertz to absolutely smash in this game.

Ertz received a whopping 16 targets last game after Jeffrey and Jackson left the game, and we should see plenty more of that this week. Ertz, for this opportunity should be priced in the 7K range, he’s severely underpriced.

It’s been a slow start to the season for Evans. It even appears he may have been surpassed by his teammate Chris Godwin as the Buc’s #1 receiver. However, if we dig deeper, we can see there is potential here. Evans was slowed by an illness in his first two games, but still has managed 234 air yards over the first 2 games (more than Godwin). What this tells us is that Evans is still getting big opportunity, and a breakout game is likely coming.

Getting to play an awful Giants secondary, this could be the perfect explosion week for Evans. With his two underwhelming games to start the season, and people gravitating to Godwin, we may be able to get him at a lower ownership in tournaments.

Build around these studs, and we should have a good base to start climbing the leaderboards. See you at the top!