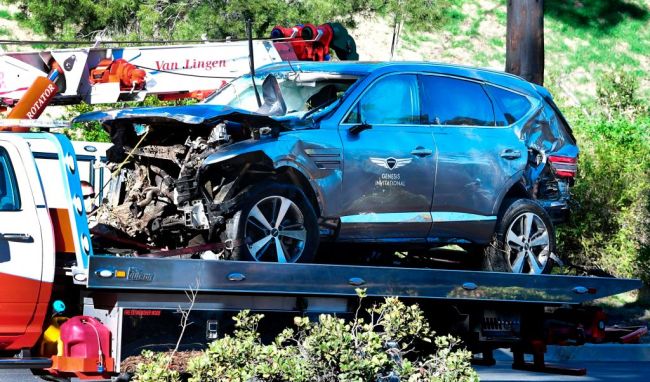 The Los Angeles County Sheriff’s Department has elected not to seek a warrant to obtain Tiger Woods’ blood to help determine if he was under the influence of anything following his single-car crash on February 23. Sheriff Alex Villanueva told reporters that there was “no evidence of impairment” at the time of the accident during a press conference held the afternoon of the accident.

The Sheriff’s Department has executed a search warrant for something else, however, the black box inside Woods’ car. In order to obtain a warrant for a black box, it is required for law enforcement that there was probable cause a crime was committed. According to USA Today, a sheriff’s deputy downplayed the warrant saying it was a ‘routine part of the probe.’

Three forensic scientists recently spoke with USA Today and concluded that Woods was not paying attention to the road before his accident. Based on their interpretation of the evidence, Woods did not lose control of the vehicle because of excessive speed on a curved downhill road. There weren’t any skid marks on the road to indicate braking, according to Sheriff Villanueva.

One of the forensic experts also suggested that Woods may have fallen asleep at the wheel prior to the crash.

Los Angeles County Sheriff’s Deputy Carlos Gonzalez was the first to arrive at the scene of the crash and explained that Woods appeared to be unaware of just how hurt he was at the time.

Woods suffered comminuted open fractures affecting both the upper and lower portions of the tibia and fibula bones were stabilized by inserting a rod into the tibia during surgery. Additional injuries to the bones of the foot and ankle were stabilized with a combination of pins and screws. Trauma to the muscle and soft-tissue of the leg required surgical release of the covering of the muscles to relieve pressure due to swelling, according to a statement shared by Woods’ team.