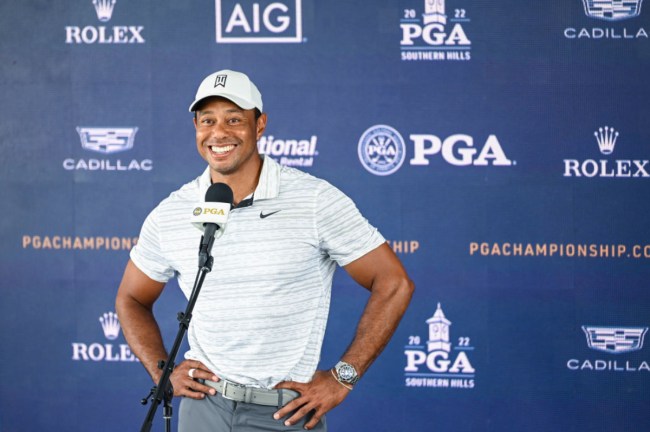 Tiger Woods made his long-awaited, yet rather surprising return to golf in April at the Masters. It was both his first start since November of 2020 and the first since his car accident in February of 2021 which resulted in a number of different surgeries and major damage to his right leg.

Given how severe his injuries were, nobody assumed Woods was going to attempt to tee it up at Augusta National until about two weeks beforehand when he flew up to Augusta to play a practice round. Not only did he play, but he managed to make the cut. Woods walked the incredibly undulated fairways of Augusta National with a limp that got worse by the day, but nevertheless, he managed to make it around for 72 holes with a right leg he feared he may lose after his accident.

Ahead of this week’s PGA Championship at Southern Hills, Woods was asked a number of questions about his body and rehab process. Most would assume that Woods would have taken a few days off after the Masters, but that wasn’t the case at all.

Woods rested for just one day before getting back into the rehab process to prepare his body for this week’s test at Southern Hills.

“Yeah, there was a huge lull – Monday,” Woods told the media at the PGA Championship, with a smile on his face. “That was it. That was it. Monday, it was not fun. It hurt. Ice baths and just trying to get the swelling out of there. Then we went back at it, leg day on Tuesday and we kept going from there.”

It’s no surprise at all to hear Woods say he took exactly one day off after the Masters, just like it’s no surprise that he thinks he can win this week’s PGA Championship.