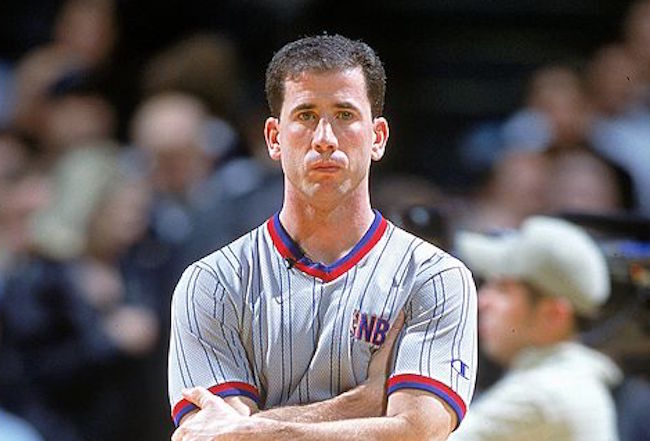 Blaming referees for purposefully screwing your team over is a time-honored tradition among sports fans who feel they’ve been wronged, but at the end of the day, the most rational explanation for a blown call is that officials are just as human as the rest of us.

However, humans also like money, which is why disgraced ref Tim Donaghy decided to accept massive amounts of cash during his career as an official in the NBA before the FBI busted him in 2007 for taking part in a point-shaving scandal that rocked the basketball world.

Earlier this year, Donaghy—who was sentenced to 15 months in prison in 2008—outlined exactly how he helped influence the outcomes of games on the behalf of the mob.

However, he’s repeatedly claimed he wasn’t the only person who manipulated results and has accused the NBA of also engaging in unscrupulous behavior in order to make playoffs series go longer in addition to spiting Suns owner Robert Sarver, who allegedly got on the bad side of some higher-ups in the league.

When you consider how juicy the entire saga was, you knew it was only a matter of time until someone in Hollywood decided to capitalize and we’ll soon get to see a cinematic version of how things played out in the form of Inside Game.

Donaghy has been making the rounds to promote the film, and earlier this week, he spoke with The Dallas Morning News, where he doubled down on a bombshell he dropped a few years back when he said the Mavericks were screwed out of a championship in the 2006 NBA Finals.

While he neglected to name names, Donaghy said some of the refs who officiated the series did everything in their power to send Dwayne Wade to the free-throw line after Dallas took a 2-0 lead before the Heat ultimately came back to win in six games (he also claimed the Kings got screwed over in 2002 in the Western Conference Finals and thinks they would have won a ring that year).

If you’re looking to get more of a Donaghy fix, Inside Game is slated to hit theaters on November 1st.