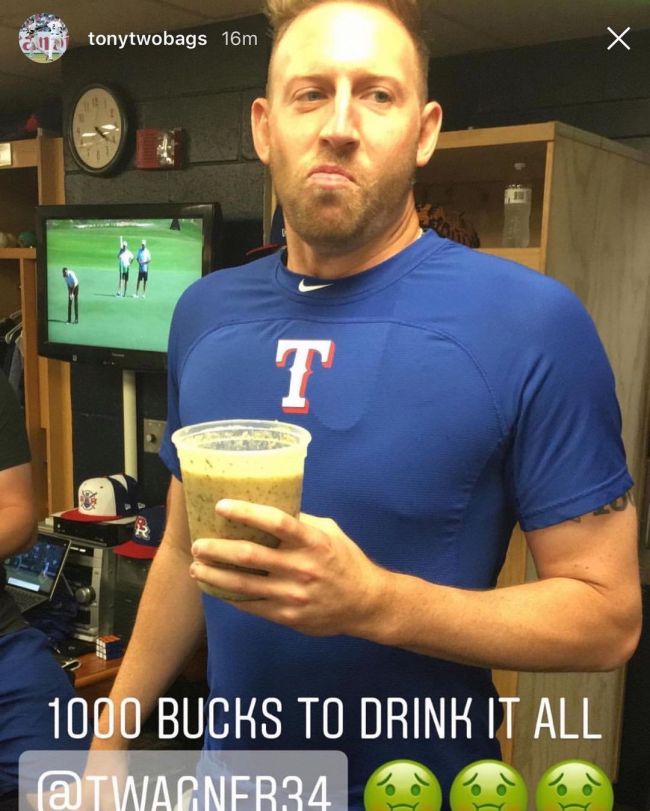 What would you do for $1,000? How much do you love Italian dressing? Both of those questions were ones of interest to former Major League pitcher Tim Lincecum during a short stint with the Texas Rangers in 2018.

Lincecum, who was drafted No. 10 overall in the 2006 MLB Draft, was the top player in college baseball at Washington and then went on to make a lot of money during a nine-year career in The Bigs. He reached four All-Star games in eight years with the San Francisco Giants, led the National League in strikeouts from 2008-2010, won back-to-back NL Cy Young Awards and was a World Series champion three times. Big Time Timmy Jim, as they call him, was a dominant ace for a four-year stretch and then struggled to continue his reign of terror in the latter half of his time in Northern California. He spent a brief period of time with the Angels and then tried to revive his career with the Rangers.

Lincecum was always known to be a locker room guy and keep things light. While with Texas, he once bet his bullpen counterpart Tyler Wagner a grand that he wouldn’t drink a big Tupperware tub of Italian dressing. Wagner took him on and took it down. It was a lot of dressing.

Wagner showed the check to prove that Lincecum paid up, and he even threw an extra $250 on top because it was so rough to watch. $1,250 is no joke, particularly within the Minor League baseball system, but to Lincecum it was chump change. His total career earnings reached more than $105 million and paying out on such a gnarly bet was well-deserved.