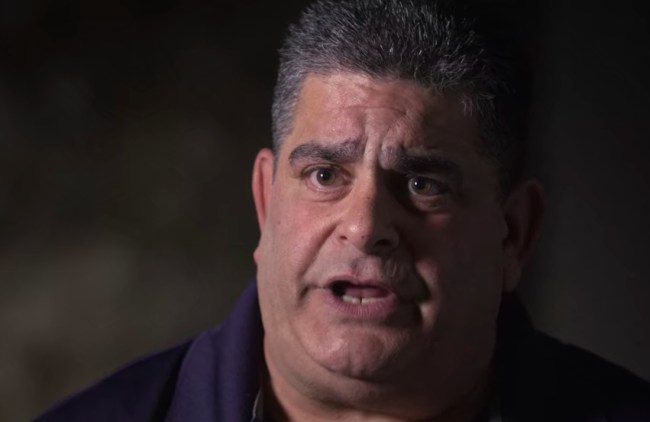 In 2013, Aaron Hernandez found himself at the center of a homicide investigation that would eventually result in him being arrested and charged with first-degree murder.

The news came as a shock to everyone in the football world (aside from the people who’d interacted with him enough to know the development was very on-brand) and the NFL found itself dealing with a scandal of a magnitude it hadn’t seen since the exact same thing happened to O.J. Simpson.

However, there were some major differences between their cases, as The Juice was ultimately able to (at least legally) clear his name and consequently didn’t end up finding a lover in prison that resulted in him killing himself because he was publically mocked for being gay.

It’s hard to appreciate just how wild the entire saga was, but last year, Netflix announced it was going to do its best to make sense of everything with the three-part documentary Killer Inside: The Mind of Aaron Hernandez, which was produced by the same studio responsible for Making a Murderer.

I started watching the documentary last night and the first episode was filled with more twists and turns than one of those rides in Roller Coaster Tycoon that are specifically designed to make park guests vomit as much as possible.

A sizeable chunk of the first installment was devoted to the initial murder trial of the ex-Patriot and it had been such a long time since the events played out that I totally forgot the woman who was dating Odin Lloyd was also the sister of Hernandez’s fiancée—the same sister who consoled her sibling days after she allegedly helped him dispose of the gun he used in the crime.

There was also a fair amount of time dedicated to digging into the tight end’s background and examining his formative years—a period which Dennis SanSoucie is very familiar with, as he was teammates with Hernandez in high school in addition to the first person he experimented with while discovering his sexuality.

I do still have a couple of episodes to go, and while there may be some characters who are yet to be introduced, I’m pretty confident that none of them will manage to outshine Dennis’ father Tim, who is sneakily the star of the entire documentary as far as I’m concerned.

He might not have a ton of screentime but he still managed to grab my attention unlike anyone else who was interviewed, and while I don’t know if I can articulate exactly why I find him so compelling, I’m going to do my best.

Tim served in the Marine Corps before pursuing a career as a corrections officer and looks exactly how you’d expect someone who followed that path to look.

Killer Inside features a number of anecdotes that showcase how Dennis, the patriarch of the Hernandez family, had an uncanny ability to instill fear in people but no one illustrates how imposing he was better than Tim.

Tim was Aaron’s youth football coach, and one day, he found himself on the receiving end of a punch from Dennis after they got into an argument over a gameplan ahead of a contest between a bunch of eight-year-olds. Given his background, you wouldn’t think SanSoucie would be easily intimidated, but his testimony makes it clear he was absolutely terrified of Dennis.

Tim also has a great redemption story, as he openly admits he was never really comfortable with having a gay son. In fact, he appears incredibly guilty for not just forcing his son to hide his identity but also contributing to an environment that caused Aaron to do the same to a point where he grapples with whether or not he played a role in turning Hernandez into the tortured individual he was.

As I mentioned, I still have a couple of hours to watch (and I hope Tim pops up as much as possible during them), so even though he may be a relatively minor figure in the grand scheme of things, I’m extremely doubtful there’s anyone who’s more electric.