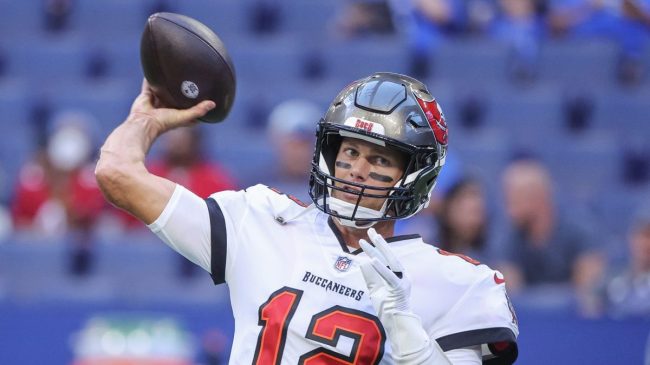 The Tampa Bay Buccaneers have had an interesting NFL offseason, to say the least.

Just two weeks after Brady’s return, Tampa Bay head coach Bruce Arians announces his own retirement. This led to speculation that Brady and Arians may not be on the same page, leading the latter to call it quits.

The Bucs have since claimed that those rumors were untrue, though not many believed them. Former New York Jets head coach and Tampa Bay defensive coordinator Todd Bowles then took over the team’s head coaching role.

All appeared calm within the organizations for a number of months. Then the NFL preseason began. Reports immediately began to emerge that Brady was unhappy at Tampa Bay practices. That led to an extended leave of absence from the team, with no one ever revealing the actual reason why. Eventually details came out about what Brady was doing during his leave, but the reasons why he left are still up for debate.

The entire ordeal has led fans and media to question Brady’s commitment to the team and the Bucs’ belief in Brady. But Bowles is putting an end to those questions.

As Tampa Bay prepares for it’s season-opening game with the Dallas Cowboys on Sunday, reporters asked Bowles if he feels Brady is “all-in” with the team.

Bowles had no doubts.

Today we learned:
– The radio stations Todd Bowles chooses to listen to over the outside noise about Tom Brady
– Donovan Smith gets the aux pic.twitter.com/k3TtiDxENC

“He’s been all-in since we got him. He’s all in now,” Bowles said. “I don’t follow the off-the-field stuff. I listen to XM The Groove and Soul Town. My off-the-field activities are honestly not even football-related.”