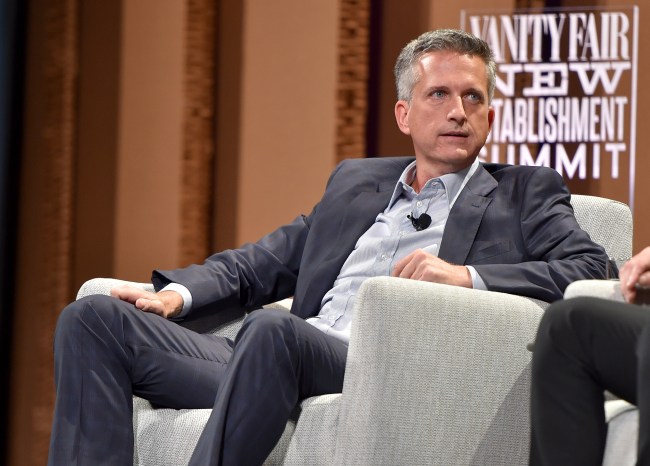 Tom Brady and the New England Patriots just agreed to an extension that will pay the six-time Super Bowl champ and undisputed GOAT $70 million over the next two years, guaranteeing the quarterback $23 million for the 2019 season. And while Brady and his Pats are getting ready for another season together, is there concern that the 42-year-old could call it quits earlier than he originally hoped for — with the signal-caller saying he wants to play till he’s 45.

The #Patriots and QB Tom Brady are in agreement on a 2-year deal worth $70M, source said, thru 2021. He gets $23M this year, then $30M and $32M in the following years — though both sides are amenable to adjusting it if the situations warrants. It’s essentially year-to-year.

While nobody knows for sure what the future holds for Tom Brady in the NFL, at least one very famous (and diehard) Boston sports fan is trying to uncover a few clues to gather some wild theory. That’s because Bill Simmons explained some of the things he’s noticed with Brady’s latest extension, which is legit making him paranoid that the quarterback of his favorite team might just have intentions to walk away following the upcoming NFL season.

Talking with Ryen Russillo on his most recent episode of “The Ringer” podcast, Simmons didn’t just say he sees some clues that lead him to believe Brady’s walking away after this season, but offered up some wild theories as to why he thinks that.

“So, they’re paying him up front, they gave him more money, knowing that you can’t do that if he retires after the year. And then they’re just going to be like, ‘Only the three of us know. Nobody f—ing say anything. When people ask you about this, whatever.’ That, to me, ties all the puzzle pieces together, because then that would explain why you’re selling your house, that would explain why you took more money up front and didn’t push it back, all that stuff.”

First, Simmons sounds like the biggest pessimistic sports fan here, doesn’t he? Of course he takes a good thing like Tom Brady’s extension and spins it into something that could be a bad thing. Second, he kind of offers a solid argument, knowing how the Patriots generally do business by keeping things close to the chest. Who’s to say that Brady, Bill Belichick and Robert Kraft aren’t all aware that the quarterback is done after this year and doesn’t want the dark cloud looming over the entire season? And, finally, Brady has put his Boston-area house up for sale, so maybe it’s a sign that his time in the area is over? Then again, he and his wife, Gisele Bundchen, have a bunch of money and a ton of real estate, so maybe they’re just looking to make a big-time profit.

Tom Brady has said he wants to play till he’s 45, meaning he’s still got three more years on his schedule. Bill Simmons worries that might not be the case — and, subsequently, gave some solid reasons for other Pats fans to freak the hell out as the team looks to defend its latest title.