Despite All The Rumors, Tom Brady Didn’t Actually Have Many Options Before Signing With Buccaneers, Per Peter King 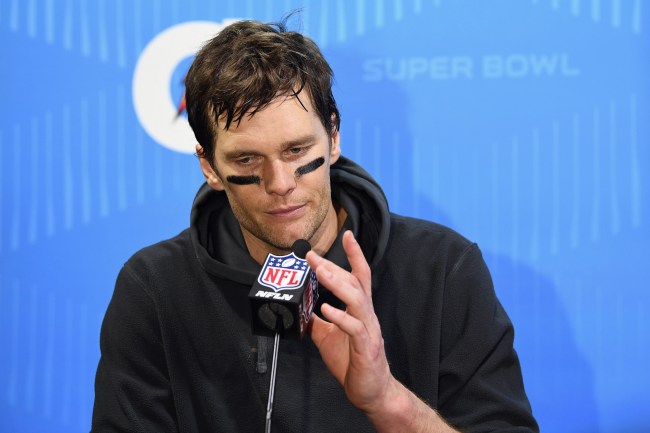 Tom Brady has six Super Bowl titles in nine total trips to the Big Game, and, for all intents and purposes, is perceived to be the GOAT when it comes to NFL quarterbacks. Despite all the accolades, though, the truth of the matter is this: He’s still 42 years old and coming off a season in which he didn’t dominate like he’s done previously, which may have hurt him in the free agency market this NFL offseason.

While there were rumors about where he’d end up every single day from January until Brady signed his deal with the Tampa Bay Buccaneers, when it came down to his options, longtime NFL writer Peter King says that there weren’t really many teams lining up for Tom Brady. That may seem as a bit of a shock considering all the reports over the past few months, but, as King puts it, when Brady’s agent, Don Yee, started calling teams to see who was interested, only the Buccaneers and Los Angeles Chargers showed serious interest.

“I think Don Yee, being the good agent that he is, tried to get other teams interested, and couldn’t. Maybe some other teams did get interested at some point, but I know that all the usual suspects, they called and they tried to get interest in Tom. Maybe some of them did and talked to them. Apparently Tennessee was interested all along in keeping Ryan Tannehill. Indianapolis all along seemed not to be interested in Brady, and some of the other ones, I think we talked about it awhile ago — Jon Gruden at the scouting combine basically made it pretty clear (the Raiders) would not be chasing Brady and they would not be inflating the bid for Brady.

“I think some of this had to do with, and let me put it to you this way, somebody with a team that I called about two weeks ago and just asked, ‘Are you guys interested or not interested?’ This guy said, ‘Some people in our building are interested, the problem is others are trying to talk them out of it because a year from now we might be in a really difficult situation at quarterback because we took a one or two-year shot at Tom Brady.’ I think that really made it difficult. That really kind of made it more difficult than you would think.”

“You would think if Tom Brady is on the market people are all going to be lined up making their pitches,” King said. “We’ll see. Don Yee hasn’t told his story yet and I don’t know that he will. I am a little surprised that at least as of now it came down to two teams.”

It’s really interesting insight from King, who is as well-connected as anybody within NFL circles. If this is true, it’s a little surprising given Tom Brady’s legacy, but, again, the guy is 42 years old and there are only limited starting gigs available for quarterbacks, so not every team had interest in the future Hall of Famer. Still, the fact that the Chargers pushed out their own future Hall of Fame signal-caller (Philip Rivers), and the Bucs pushed out a former No. 1 overall pick who led the league in passing yards last season (Jameis Winston) to even consider Brady is wild — because many reports seemed to identify tons of teams who were interested at one point.