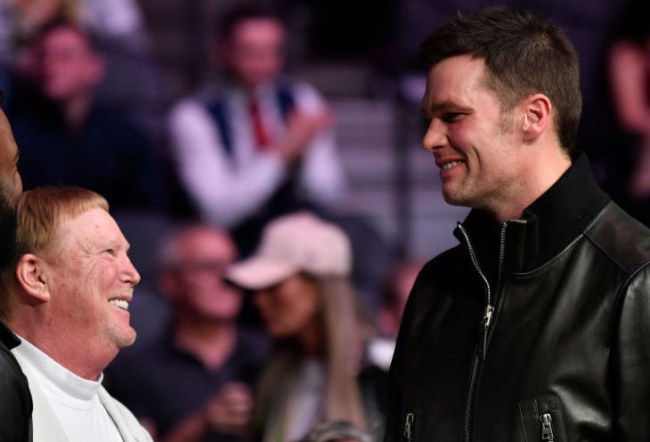 Back in October, we got our first hint that the Patriots Dynasty could be on the verge of finally collapsing when Adam Schefter revealed he believed Tom Brady was entertaining the possibility of playing somewhere other than New England for the first time in his career.

The Patriots showed plenty of signs of weakness over the course of the season, and while they did manage to make the playoffs, they were forced to play in the Wild Card round for the first time in a decade and suffered a death blow in their quest to repeat as Super Bowl champions after dropping that game to the Titans.

After the contest, Brady said he wasn’t taking retirement into serious consideration but declined to commit to resigning with New England, which only meant one thing: it was officially time to overanalyze the shit out of his every move in an attempt to predict the future.

A couple of weeks ago, WEEI reported Brady had cleared out his suite at Gillette Stadium and that he and his family had moved out of their absurdly large home in Massachusetts, which had been put on the market last year. It wasn’t a great development for Patriots fans but he did give them some hope after showing some love to someone who wrote a message begging him to stay.

Following that news, Brady was spotted chatting with Raiders owner Mark Davis at UFC 246, and while only a few people know what they actually discussed, that obviously didn’t stop everyone from speculating he might join the team for their inaugural season in Las Vegas.

Now, another Boston radio station has added some fuel to the fire after a source spoke to 98.5 The Sports Hub earlier this week and said they heard Brady has purchased some property in Sin City, so do with that what you will.

The Raiders are reportedly finally prepared to move on from Derek Carr, which means they can either turn to their backups in the form of Mike Glennon or DeShone Kizer or make a push to sign one of the best quarterbacks to ever play the game.