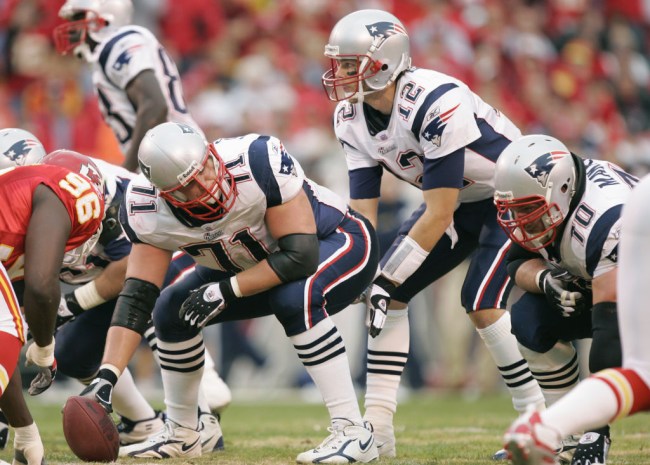 The Patriots are set to face off against the Dolphins in Miami this weekend in what is poised to be one of the most lopsided games based on the current odds, and while Brian Flores claims his team isn’t tanking in an attempt to get its hands on Tua Tagovailoa, all of the available evidence would seem to indicate otherwise.

It’s doubtful the Dolphins are going to put up much of a fight but the Patriots may have to deal with some adversity in the form of the heat they’re probably going to have to endure on Sunday, as temperatures are projected to reach upwards of 90 degrees.

There’s also some rain in the forecast, which Tom Brady is probably not going to be happy about, as The Athletic reports the quarterback hates moisture as much as he hates strawberries based on the evidence at hand.

The outlet spoke with former Patriot Dan Koppen about what it’s like to serve as the center for Brady and he revealed a pretty strange strategy the QB resorts in order to keep his hands dry: shoving a towel in the back of his centers’ pants:

“There was a ritual where he would put the towel in. It’s up to him.

So, he put the towel in the centers before the game and made sure [it was in place]. You know, I mean, I’m sure putting your hands back there, I don’t think you want to go into a sweaty vat.”

“He literally stood behind me, took his hand, and stuck the towel down my pants.

I walked around that game, feeling like I was carrying a loaded diaper the entire time. It was the most uncomfortable thing, but he was so crazy about not getting his hands wet that he would stuff shit down our pants.”

Towelie would be proud.