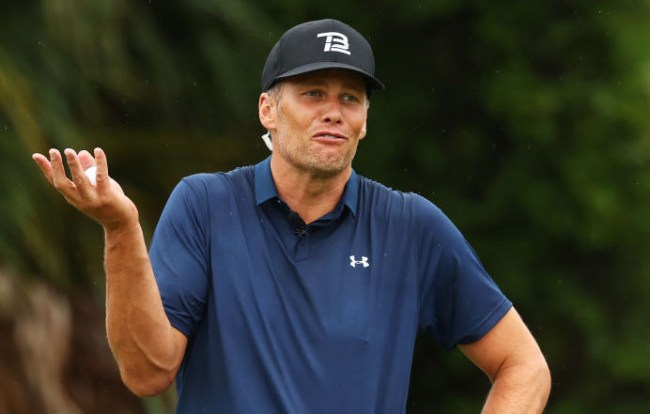 Ever since I first saw Shaun of the Dead, my unofficial strategy to ride out a burgeoning End Times scenario was to secure a spot on a stool at the closest bar and have a pint (or a dozen) while waiting for the whole thing to blow over.

After being confronted with a situation that resembles a pending apocalypse more than any other I’ve encountered during my time on the planet a few months ago, my plan ended up hitting a bit of a snag after every bar was forced to close down, meaning I had to pivot to drinking heavily while confined to my apartment instead.

It took less than six months for officials in Shaun of the Dead to get the zombie situation under control but it appears it’s going to take much longer for the world to bring this current crisis to an end thanks in no small part to the sizeable chunk of people who seem to think acting like an infectious disease doesn’t exist somehow makes you immune to it.

When basically every sport on the planet stopped being a thing back in March, football was likely subject to the least amount of concern based on how far away the start of the season was, but as we inch closer and closer to when things traditionally kick off, things aren’t looking so hot.

Last week, Dr. Anthony Fauci suggested it could be impossible for the NFL and NCAA to salvage the year as things currently stand, and while college football may be especially screwed, the pros are going to have plenty of problems to contend with.

Last week, the NFLPA’s medical director issued a statement advising players in states that have seen a recent spike in cases to avoid working out with other teammates as it gears up for the almost inevitable shitstorm that’s going to arrive when training camp kicks off.

Florida was one of the places that fit the description outlined in the warning but that hasn’t stopped Tom Brady from routinely surrounding himself with a bunch of his fellow Buccaneers, who I can only hope have gotten some complimentary samples of the health supplement he caught some heat for after he shilled them last month.

Brady has fallen in love with the art of sending cryptic messages on social media since he joined Instagram a few years ago, and on Thursday, he seemed to address people criticizing him for repeatedly flaunting the advice of health officials by posting a picture of himself downing some water—his sunscreen of choice—emblazoned with Franklin Delano Roosevelt’s famous quote about fear.

Another quote on Instagram from Tom Brady, again practicing with Bucs teammates in Tampa today after NFLPA medical director recommended players not to practice in groups: pic.twitter.com/2wqVT7hN8c

There are plenty of overused platitudes Brady could’ve opted to harness here but it was very bold of him to decide this was the best one to use when you take a look at the original context.

The quote in question is from FDR’s 1933 inaugural address, which was delivered in the middle of the Great Depression. Brady conveniently neglected to include what he said after he delivered those iconic words, as he went on to define the “fear” he was referring to as “nameless, unreasoning, unjustified terror which paralyzes needed efforts to convert retreat into advance.”

Brady is just one in a long line of countless people to pluck this out of context but it’s important to stress Roosevelt was specifically addressing economic fears that were having a negative impact on the health of the nation, as people were afraid to spend the money that was desperately needed to stimulate American businesses.

It was not, however, a reference to fears for your actual health and something tells me FDR—who was diagnosed with polio (although some people contend it was actually another ailment)—wouldn’t be thrilled that Brady is seemingly using his words to justify practicing while a highly infectious disease is waging war on the world.