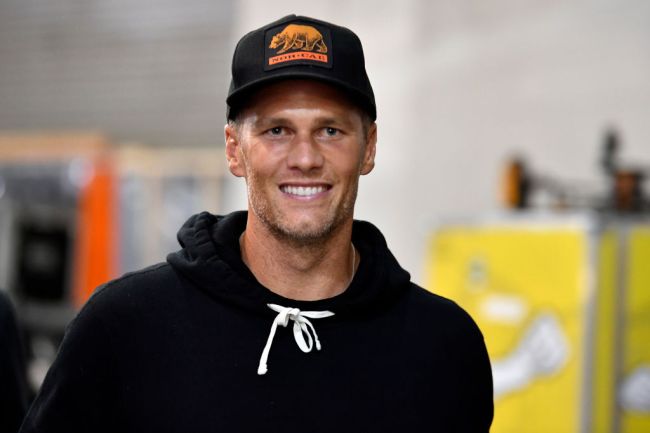 On Tuesday, Brady was gifted a six-time major winner and still could not get the job done against Bryson DeChambeau and a guy who’s seriously considering moving to a remote island and changing his name to Kunu.

After a hefty amount of good ol’ fashioned trash talk, both digitally and verbally, Rodgers and DeChambeau defeated Phil Mickelson and Tom Brady 3 and 2 in “The Match” on on Tuesday. Rodgers hit an array of crucial putts during the round, most notably a birdie putt to go 3 up with 6 to play and the match winner.

Brady, who is now 0-2 in The Match, was likely seething on the inside but decided to go the self-mockery route in either an effort to control the narrative or trivialize the loss.

Tom’s Twitter literacy is softening even the staunchest of haters.

Me seeing Tom Brady be so incredibly good at Twitter… pic.twitter.com/Lv8SmEWr7U

I really hate that I'm starting to like Brady https://t.co/sPcvNOn8Tb

Tom Brady is a top 5 athlete comedian and I am now a Brady fan. https://t.co/xrn4tPjjiE

LMFAO okay I might not hate @TomBrady anymore. Made my life miserable as a titans fan growing up but after leaving New England this dude has been great 😂 https://t.co/E1S00KsNEw

Tom’s gotta have someone running his account. Dudes over 40, by nature, do not know how to make memes. Smells fishy.