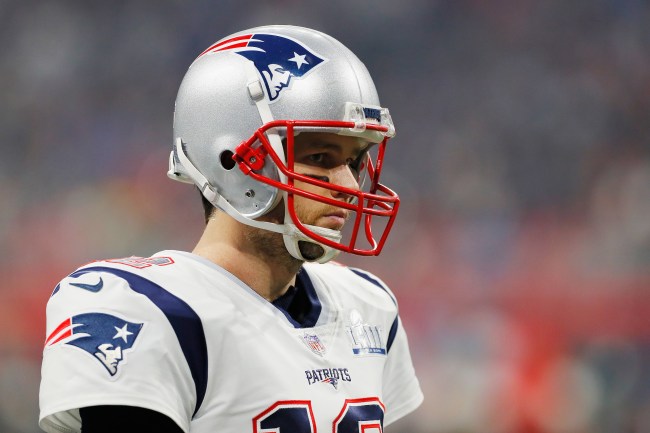 Tom Brady is the GOAT, there’s no debate about it. Whether it’s looking at his nine Super Bowl appearances or six Super Bowl titles, among some of the other NFL records he holds — or could hold — by the time he ends his career, the former sixth-round pick basically already has a bust in Canton ready for him to be dusted off.

But before we wonder about when Tom Brady might call it quits, let’s just all sit back and admire the things he can do at his age. Considering he’s 42 years old and isn’t just still playing in the NFL, but doing so at a high level, Brady has redefined what it means to be an elite athlete. And with him previously hinting that he’s interested in playing until age 45, there are plenty of NFL records the Pats quarterback could hold when all is said and done.

It makes you wonder which record is most important to Brady himself, right? To help us find that out, longtime journalist Jim Gray asked the signal-caller that very question on his weekly Westwood One Radio interview. As you might expect, Tom Brady’s answer is as vintage as possible, with the future Hall of Famer focusing only on winning above anything else.

“The name of the game for me has always been winning, and I think that that’s the one that has and always will mean the most,” Brady said.

“The goal every week is to go out there and win, and I know some weeks it doesn’t always look as good as others. But the goal of the game is to win, and I’m just proud of our team and all of the accomplishments we’ve had. Winning as often as we have has made my life on Mondays a hell of a lot better. I can hardly deal with the losses, and we haven’t had nearly as many losses as we’ve had wins. So, I deal with the wins a lot better.”

Tom Brady’s reply probably shouldn’t come as a surprise to anyone. After all, given the fact he holds the NFL record for most all-time wins at 242, which includes both regular (212) and postseason (30) victories, the guy isn’t really accustomed to losing very often. It’s why, year after year, he puts the New England Patriots in a position to compete for a Super Bowl, nearly always coming in as favorites to win rather than “only” contenders. And to see him still leading the franchise at his age and racking up more wins and stats is impressive AF.

Even after recently passing Brett Favre for third on the league’s all-time career passing list — with a chance to climb even higher as his career goes on, hoping to top Drew Brees’ first-place mark — it doesn’t seem like Tom Brady’s tone would change when it comes to the NFL record he’s most proud of. Think about it, would you rather have individual records like passing yards and touchdowns, or the most wins of anyone at your position and more than a handful of Super Bowl rings? Yeah, the latter sounds pretty awesome.