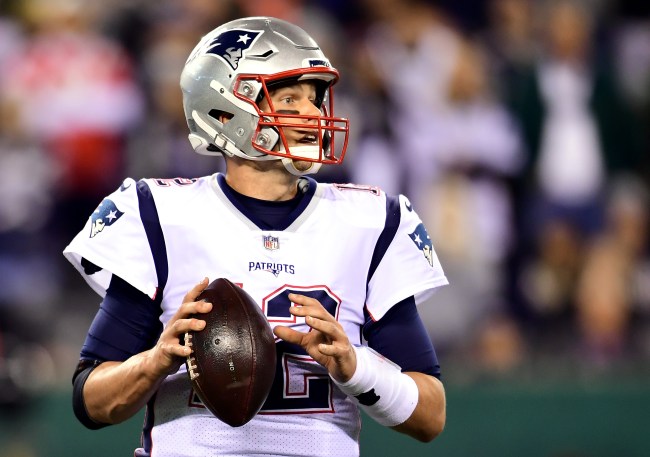 ESPN’s Adam Schefter made the buttholes of every New England resident clench on Monday night when he hypothesized that Tom Brady is setting himself up to leave the Patriots after this season.

Schefty pointed out three data points to support his take:

Back in August when Brady was questioned about the moves, the six-time Super Bowl champion reassured fans in New England that they “shouldn’t read into anything” and he is simply planning for his future.

Appearing on The Greg Hill Show Wednesday, Brady was asked to shed some light on the speculation birthed from Schefter’s comments and didn’t do much to ease the souls of Patriots fans.

“That is the great part for me, I don’t know,” Brady said. “I think that has been a unique situation that I have been in because I think when you commit to a team for a certain amount of years you kind feel like (there is) the responsibility to always fulfill the contract. For me, it’s been good because I am just taking it day-by-day and I am enjoying what I have. I don’t know what the future holds and the great part is for me, football at this point is all borrowed time. I never expected to play 20 years and I am playing on a great team and it’s just been an incredible 20 years of my life. To play for Mr. Kraft, and Jonathan and the Kraft family and for Coach Belichick and to have so much success is a dream come true.

“One day I will wake up and I will feel like, ‘OK, that will be enough.’ When that day comes, that day comes. I don’t know if it will be after this year. I don’t know if it will be five years from now. I don’t have to determine those things right now, either. That is kind of a good part of where I am at. Just take advantage of the opportunities that I have this year and do the very best I can do and then those decisions come at probably more appropriate times.”

I cannot fathom, given the success Brady has had for two decades and the undefeated season he is currently enjoying, why he would want to pack up at 43 years old and start anew somewhere else. My best guess is that Giselle is sick as shit of the brutal New England winters and wants to ease into retirement in a place where seasonal depression doesn’t exist.

Brady to Miami? Book it in Vegas STAT.