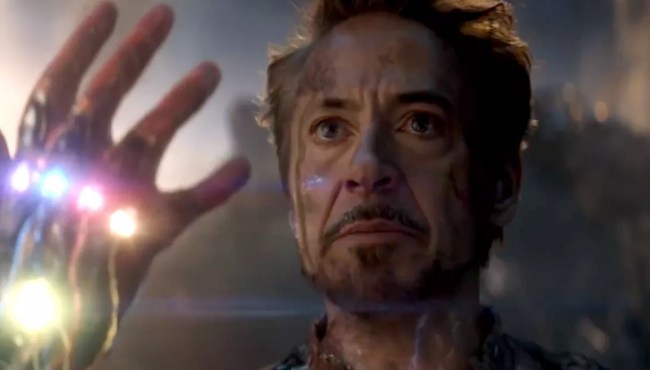 With the recent re-release of Avengers: Endgame with some new footage added, it now sits around $15.5 million away from Avatar’s all time record for global box office receipts.

No word on if that’s the reason why the New England Patriots’ speedy QB Tom Brady posted a photo of himself wearing Tony Stark’s Iron Man Infinity Gauntlet from the film on Monday.

Comments immediately came flooding in from all over, including one from Avengers: Endgame directors The Russo Brothers who wrote, “Iron Man 2.0…”

Some of the best comments included…

“Take those stones out put them rings there.”

“No more missed high fives with that glove.”

Of course, this isn’t the first time that Brady has been associated with the Infinity Gauntlet. Immediately after winning Super Bowl LIII, fans on social media compared him and his six rings to Thanos and his Infinity Gauntlet.

Let’s just hope that Brady’s career comes to a better end than Thanos’ did. What happened to Hulk’s arm when he snapped his fingers while wearing the gauntlet, however…… I kid. (Sort of.)

When Brady shows up to another Super Bowl. pic.twitter.com/y3Mv7zjbK7

You can snap half the air out of the balls

I feel bad for the center.

Is that your cheating glove?

Is there space on that for your owner's human trafficking ring?