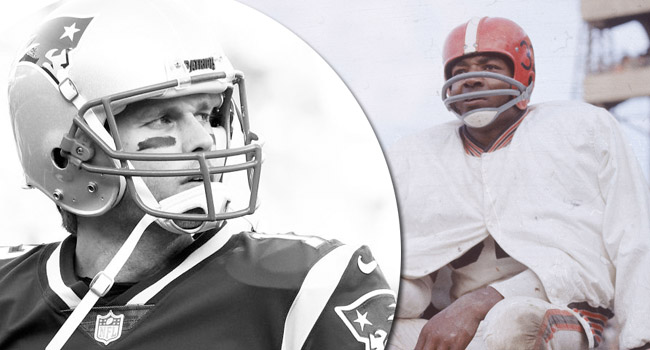 Tony Dungy, who obviously knows a whole lot about football, and is very old, believes that the 1950s Cleveland Browns dynasty is greater then the current New England Patriots dynasty.

When Kevin Duffy of MLive.com asked Dungy this week if the New England Patriots are the greatest dynasty in the history of professional football, Dungy’s response was not what most people would have said.

“Well, you’d have to look at the longevity,” Dungy said during Tuesday’s media availability at the Mall of America. “…In the 50s it was Otto Graham and the Browns and they did it for a decade, and then Packers did it for a decade, and then Dallas, and the 49ers were close in terms of doing it with two different groups — coach (Bill) Walsh passed it along to George Seifert. But to stay from 2001 to 2017, to maintain the excellence for 17 years, it’s pretty amazing. Would you say it’s better than the Browns in the 50s? Probably not, but to do it for that long period of time, it’s pretty incredible.”

Listen, I know Dungy is just trying to make Browns fans feel better. That’s really what this is all about. No wonder everyone says he’s such a nice man. But, just, no.

While I agree that the 49ers were kind of close, there’s no way, as impressive as the 1950s Browns were, that they are any match for the current New England Patriots when it comes to the degree of difficulty involved.

Heck, just this year alone only four teams that made the playoffs in 2016 were able to return to the playoffs this year: the Patriots (of course), the Steelers, the Chiefs, and the Falcons.

The Patriots, in a 32-team league, have made eight Super Bowls in 18 years, winning five with a chance at a sixth on Sunday.

The Browns of the 1950s played in a 13-team league (when they joined the NFL) and won seven championships from 1946 to 1955, four of those years in the All-American Football Conference (which started with eight teams and ended with seven), not the NFL.

But hey, like I said, I get it. Showing the Browns some love during Super Bowl week? Considering the fact that they’re one of four current NFL teams to have never appeared in the game? It’s a nice gesture.