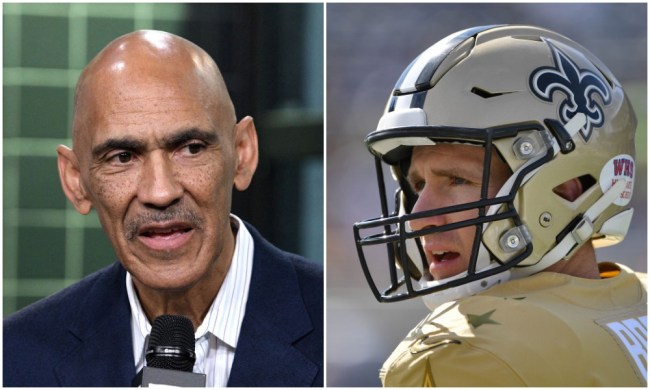 During an interview with Yahoo on Wednesday, Drew Brees was asked for his thoughts about kneeling during the national anthem. As part of his response, he explained that he “will never agree with anybody disrespecting the flag of the United States of America or our country” before talking about what the American flag means to him.

Brees shared his opinion, his belief about a certain subject, and the majority of people disagreed with his comments. While it’s in people’s rights to ‘cancel’ Brees immediately and gravitate towards people like LeBron James, Stephen Jackson, and other celebrities and athletes ridiculing Brees, Tony Dungy insisted to remind everyone that Brees’ comments were, again, his opinion and that the QB can’t be ‘afraid’ to say what he said.

On Thursday morning, Brees posted an apology to his Instagram where he clarified the statement he made on Wednesday emphasizing that he should be doing more listening than talking.

Related: Some Of Drew Brees’ Teammates Come To His Defense Following His ‘Disrespecting The Flag’ Comment