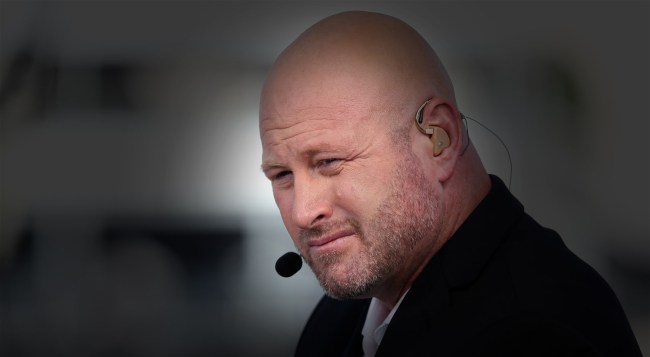 It’s Super Bowl week which means most of the NFL insiders and reporters are down in Miami breaking down the 49ers – Chiefs matchups around 17 times per day. It also means that we’re starting to hear predictions from some of the big names in the NFL world.

Trent Dilfer gave his thoughts about the game on The Herd explaining that he believes the 49ers, who are 1.5 point underdogs, could blow out the Chiefs on Sunday. As for the reasoning behind his bold claim, he thinks the Chiefs are a ‘quarterback centric team’ with Patrick Mahomes and that since the 49ers beat Dan Marino’s Dolphins in 1985 and John Elway’s Broncos in 1990, the Chiefs are in for a beatdown.

Yes, according to Dilfer, since the 49ers won two Super Bowls 30+ years ago they’re going to blow out the Chiefs on Sunday.

Trent Dilfer thinks we could be looking at a blowout in the Super Bowl. pic.twitter.com/LRiZx6P7YS

Dilfer, who’s a Super Bowl champion himself, believing that the Chiefs are going to win big on Sunday is fine and all, but basing it off of games that have absolutely zero to do with Sunday’s matchup is a wild take.

San Francisco had some guy named Joe Montana at quarterback throwing passes to one of the greatest football players ever in Jerry Rice back then as well, which may or may not have played a factor in those Super Bowl wins.

Throwing the hot take aside, saying a Mahomes led team is going to get blown out is a pretty fiery take in itself.

This clip came from Monday’s show, too, no telling what this man comes up with as the week continues on.