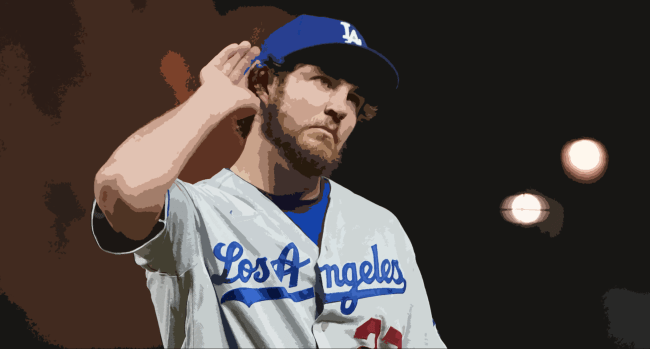 The third day of testimony in Trevor Bauer’s restraining order hearing continued much like the first two days with more evidence being presented by the Dodgers pitcher’s attorney throwing his accuser’s claims into question.

On Wednesday, Bauer’s attorney Shawn Holley submitted texts sent by his accuser, referred to as “Ms. Hill,” to her Alcoholics Anonymous sponsor in which she suggested that after sleeping with the pitcher she was going to be a rich woman.

In one conversation, Hill was allegedly referring to Bauer when she texted Decker saying: “Give me $50 million and just slap my cl*t…”

When asked by Holley if the message meant “it would be okay” if the baseball star gave her money, Hill responded, “no.”

When asked why the two were bantering about her becoming a “rich,” Hill told the court they were “just joking around” and said “there was no ill intent at all.”

In another text, Decker told Hill to “secure the bag.”

“Isn’t the general meaning of ‘secure the bag’ to get the money?” Holley asked, to which Hill replied: “It can mean that….I’m not sure.”

Day 1: Trevor Bauer Accuser Testifies In Court, Says He Treated Her ‘Like A Rag Doll’

Holley also presented other texts sent by Bauer’s accuser to the pitcher after their first rough sexual encounter on April 21.

Among them were messages saying, “When it’s time to choke me out, you are the best……That was a game changer……Never been more turned on in my life……Give me all the pain……Do it harder.”

Holley pointed out that Hill did not include any of these texts in her declaration to the court, asking for a domestic violence restraining order against Bauer.

“You painted a picture of a somewhat violent encounter with Trevor on April 21?” Holley asked the 27-year-old San Diego woman, who responded, “Yes.”

“Yet you didn’t think it was important for the judge to know that you only got a small bruise on your inner thigh.”

Holley then claimed that when Bauer saw a picture of the bruise he replied, “Sorry if that was me.”

Bauer’s lawyer persisted, stating the woman “knew rough sex would be on the agenda” and asking her, “When you go to a man’s house at midnight, it’s a booty call, right?”

She replied that it was not, but that she did assume that she would have sex with Bauer that night.

Holley called into question Hill’s claims that she wanted nothing more to do with Bauer after the second sex encounter, pointing out that on June 18, more than a month after their second tryst, she texted a friend saying she wanted to watch a LA Dodgers game on TV, because ‘Bauer is pitching.’

“You had deleted all your communications with him but you still wanted to watch him pitch that night?” asked Holley.

“Possibly,” replied Hill, who told the court that she is seeing a therapist and still has trouble sleeping.

On the flip side, the woman’s best friend also testified and painted a much different picture following the woman’s second sex session with Bauer.

“She was in shock. She did not know how to express what happened. She just wanted to lie in bed at my house because she felt safe there after what she had been through.

“She told me her jaw hurt, her head hurt, her vagina hurt. She had a very large bruise at the top of her vagina. She had bruises on her butt cheeks.”

An expert witness, forensic pathologist Dr. Jennifer Hammers, called to testify by Bauer’s attorney, stated to the court on Wednesday that after reviewing the results of CT and MRI scans Bauer’s accuser had taken after her second sexual encounter with Bauer, she said she saw “superficial bruising… high up in the public region” that could have been caused by “a punch or rough sex”, but no significant injuries to the woman’s head, face or neck.

Bauer reportedly will not answer questions if he’s called to the witness stand on Thursday, as his accuser’s lawyer has already stated will happen.

Instead, his attorney stated that he would invoke his Fifth Amendment right to refuse to testify on the grounds that he might incriminate himself.

This, says his lawyer, is because he is still under investigation by Pasadena Police Department.

The court denies the request for a long-term restraining order. . Judge: "If she set limits and he exceeded them, this case would be clear. But he did not exceed limits she set." . . . Bauer won the hearing. Totally unclear what it means to MLB or to potential criminal charges

Judge determined that the injuries the woman had as a result of her sex with Trevor Bauer were not the result of anything she told him she objected to. Also, she determined he doesn't pose a threat to her.