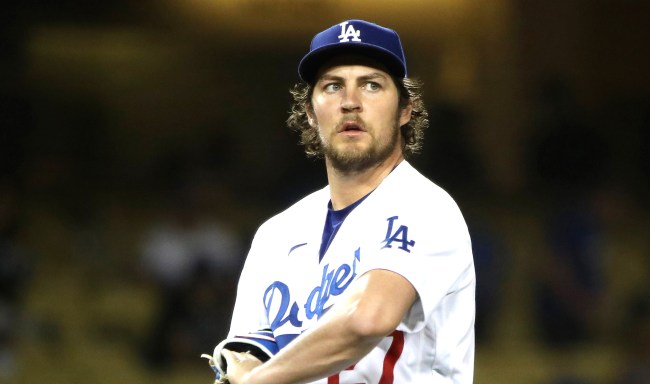 After a several month long investigation and numerous days in court, the Los Angeles County’s district attorney’s office announced on Tuesday that it would not be charging 2020 NL Cy Young Award winner Trevor Bauer with any crimes.

Bauer, who hasn’t pitched for the Los Angeles Dodgers since June 28 after being placed on administrative leave, had been accused by a woman of felony sexual assault.

“After a thorough review of all the available evidence, including the civil restraining order proceedings, witness statements and the physical evidence, the People are unable to prove the relevant charges beyond a reasonable doubt,” read a statement from the Los Angeles County district attorney’s office.

Judge determined that the injuries the woman had as a result of her sex with Trevor Bauer were not the result of anything she told him she objected to. Also, she determined he doesn't pose a threat to her.

Bauer speaks out about charges not being made by prosecutors in L.A.

On Tuesday, Bauer addressed the latest court decision with a video posted to his YouTube channel.

“Today the District Attorney’s office publicly stated that they are not going to file any charges,” Bauer said in a video. “I know a lot of you have been waiting for me to address this and I’ve wanted to for some time now, and now I’m finally able to speak, so here it goes.

“First off, you haven’t heard from me much over the last few months, and the reason for that is simple. I’ve been respecting the Pasadena Police Department as they conducted their investigation, as I believe that allegations as serious as these should be fully investigated and not adjudicated in the media.

“The investigation has been extremely thorough and both the Pasadena Police and the District Attorney’s office have access to much more information than has been made public at this point. During the investigation, I’ve watched many draw premature conclusions based on an absurd amount of misinformation and false claims that have been circulated with absolutely no corroboration.

“In August, the Los Angeles Superior Court reviewed a host of information and testimony, and after a four day hearing denied a request for a permanent restraining order against me, as the Court correctly found that there was no basis for this request. More importantly, in doing so, the Court also found that no sexual assault, act of abuse, or non-consensual sex occurred between me and the woman seeking the restraining order. And today, the District Attorney’s Office announced that they are declining to press any charges.

“Both my representatives and I have expected this outcome from the beginning, and we are grateful that each of these neutral, third party arbiters have reviewed the relevant information and made clear and informed decisions on this matter. I have cooperated with the Pasadena Police Department’s investigation and my version of events has not wavered because it’s the truth. I also never ‘materially misled’ the court, as it was found that this woman did.”

Trevor Bauer specifically addresses the allegations made against him

“I’m sure you’ve read a lot in the media on this matter, and I’m sure you’ve formed a lot of opinions as a result. As I mentioned, the majority of those reports are based on what the Los Angeles Superior Court has deemed to be a ‘materially misleading’ petition, so I’d like to set the record straight on what actually happened. I had consensual sex with this woman on two occasions at my residence in Pasadena, during which we engaged in rough sex. This is something that she brought up, we discussed together, and both agreed to engage in. We established rules and boundaries and I followed them. On both occasions, she consented beforehand when we established those boundaries. She also repeatedly consented during sex, when I asked her multiple times if she was enjoying herself and if she wanted to continue. In fact, she continued to direct me as to what she wanted in no uncertain terms.

“After we finished on both occasions, we talked briefly, joked around, laughed, and went to sleep. Following our second sexual encounter, we also showered (separately, I might add, and without assistance) before going to sleep. She chose to stay the night both times and left the following day without any incident or concern. And when she left she certainly did not look anything like the photos that were later attached to her family court declaration and circulated by her lawyers to the media.

“You may not be my biggest fan or agree with everything I’ve said over the years, and that’s okay, I’m not a perfect person. If you want to judge me for engaging in rough sex with a woman that I hardly knew, that’s okay too. In evaluating my life over recent months, it’s clear I’ve made some poor choices, particularly in regards to the people that I’ve chosen to associate with, but I am not the person that this woman, her lawyers, and certain members of the media have painted me to be.

“Allegations like this are extremely serious, and they should be thoroughly investigated, as has happened in this matter. However it’s alarming to watch how quickly, willingly, and knowingly certain members of the media have taken one side of a story and tried to convict me in the court of public opinion without having or choosing to report anywhere close to all of the facts.

“On that note, the last several months have been an extremely challenging time and I want to say how incredibly grateful I am to the numerous teammates, players, coaches, fans, friends, and even complete strangers who have reached out and stood by me, even if it was in silence. To those people, your support and your kind words mean much more than you know.

“I’m relieved to finally be able to share the truth with you. Thanks for hearing me out and I’ll see you all soon.”

Major League Baseball, which is supposedly conducting its own investigation into the matter, also issued a very brief statement.

MLB statement on Trevor Bauer, after the LA County DA declined today not to file criminal charges against him: "MLB's investigation is ongoing, and we will comment further at the appropriate time."

As did the Los Angeles Dodgers, Trevor Bauer’s current team.

#Dodgers statement regarding Trevor Bauer: “MLB is continuing their investigation. We will have no further comment until it concludes.”